Abiel Peak is a fun scrambling peak off of I-90. I attempted this two ways – once in a failed attempt to see if we could finish an unusual route from Annette Lake, and one the easy way from the PCT.

On an overnight camping trip at the lake, a friend and I tried to scramble up the rugged, tree covered west ridge of Abiel by gaining a saddle in a talus-filled ravine southwest of the lake. We ambled around to the southwest edge of the lake, left the trail, and travelled on open talus to the steep treeline at the westerly of two saddle points on the ridge. This one looked more open and less forested than the east saddle point, but it turned out to be a bad move. The terrain was steep, loose dirt with very few hand and footholds. We found it too dangerous to continue and turned around. I bet the more easterly saddle marked on the map would go but we haven’t tried it; nonetheless, it was a fun adventure.

END_OF_DOCUMENT_TOKEN_TO_BE_REPLACED 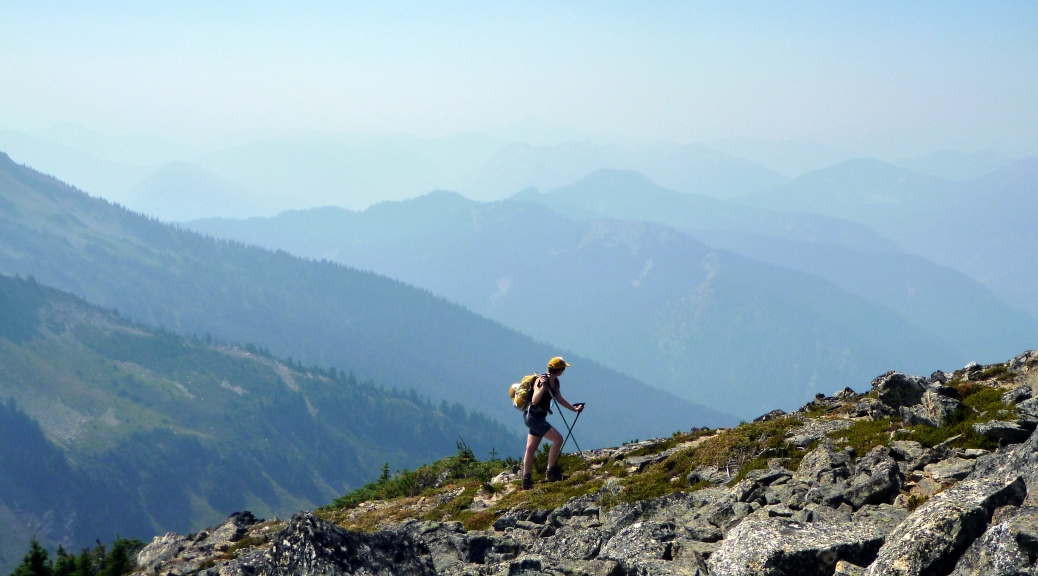 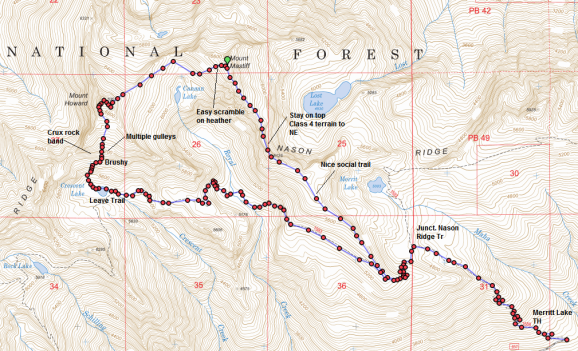 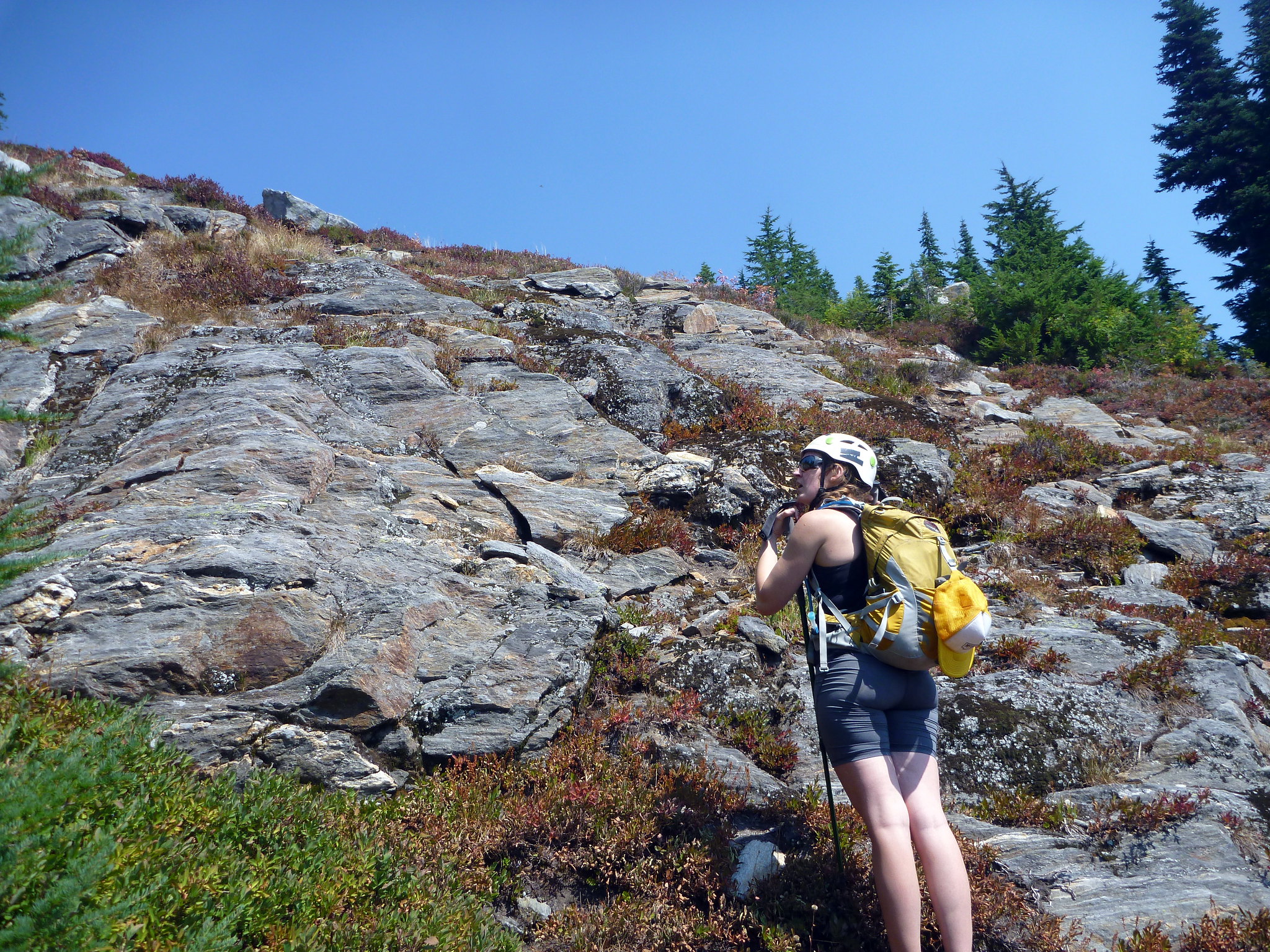 Above this crux band of 100′ or so it was easy cruising on talus and dirt climber’s trails to the summit. END_OF_DOCUMENT_TOKEN_TO_BE_REPLACED

From there, the ridge undulates a few times before dropping below the north peak. I left the trail as soon as it was clear the ridge was diverging and navigated forested but open slopes up to the summit. There are little rock steps on the ridge proper but if you stay left (south) it goes at Class 1. END_OF_DOCUMENT_TOKEN_TO_BE_REPLACED