After 4 days over Easter weekend in London, Andrea and I hopped on a flight to the Isle of Man for the first of our two side trips. I honestly hadn’t done much background research on the island before my visit, so here’s what I figured out:

The Isle of Man is a “crown dependency” of the UK although it is not officially part of the United Kingdom. With the oldest continuous parliament in the world, IoM has a historic independent streak. The Manx language can still be found in pockets on the island. Now, the island is best known as a tax shelter for offshore financial businesses as well as the death-defying Isle of Man “TT” motorcycle races. As the locals viewed it “only 1 person died last year, we were pretty happy.”

Getting to the island turned into a huge ordeal. We flew out of London Stansted for a projected flight of just over an hour. We ended up circling over the island, waiting for a sea fog to clear from the runway. It never did before we ran out of fuel, so we diverted to Birmingham airport. Naturally, the airline’s course of action was to stick us on a bus back to London. We were unsatisfied with that answer, so we switched our flight to Manchester, got a ride with a friendly fellow passenger, and got to check out two additional British cities before our successful flight that night. 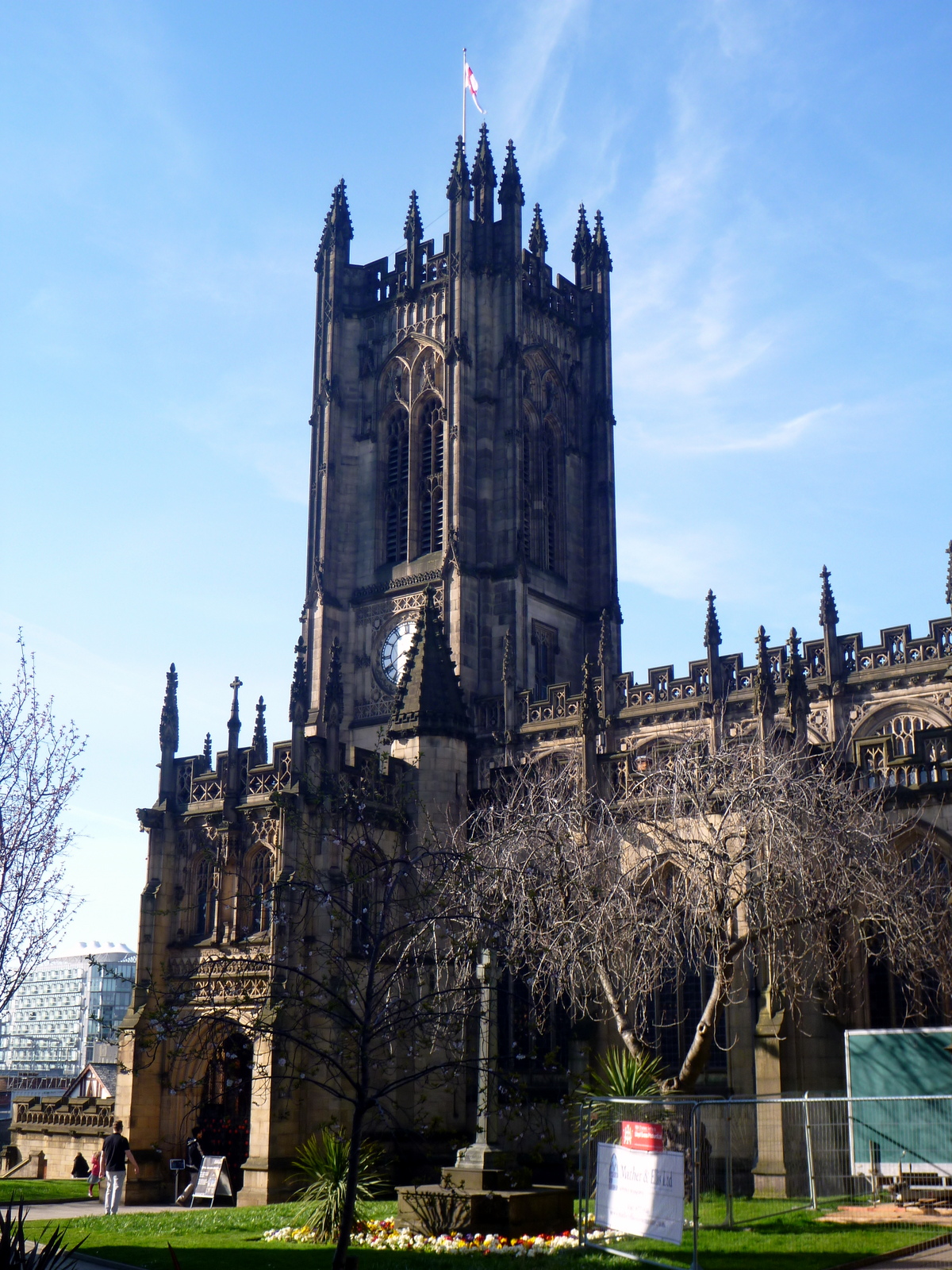 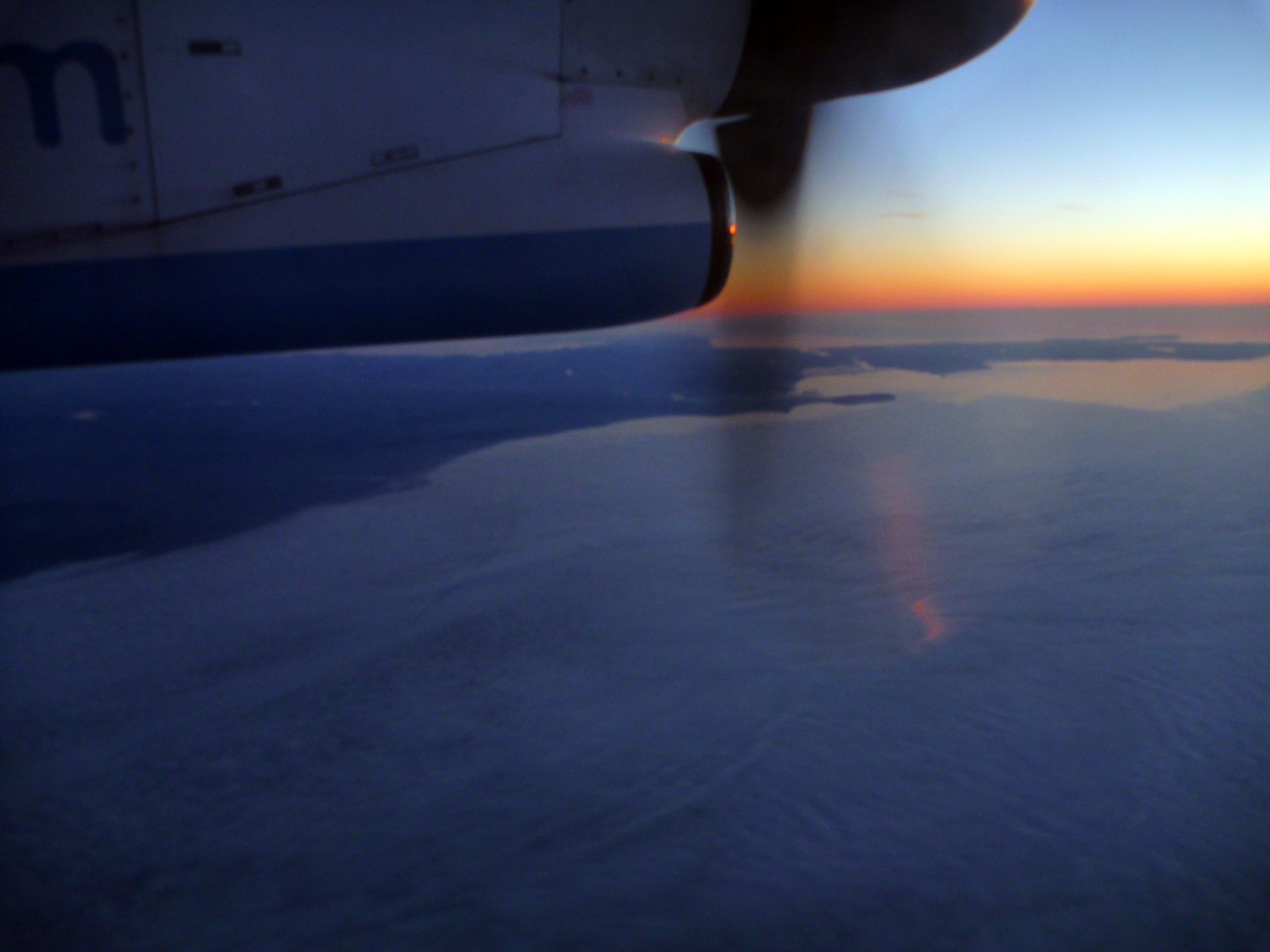 The next morning brought a perfectly clear day. We walked along the promenade and checked out the little shopping area in Douglas, the largest town on the island. Andrea decided to brave the traditional Manx breakfast: smoked fish called Kippers. With so many little bones, eating it resembled doing surgery but she said it was tasty.

We bought an unlimited ride ticket and hopped on the antique Electric Railway to head north to Laxey for the day. 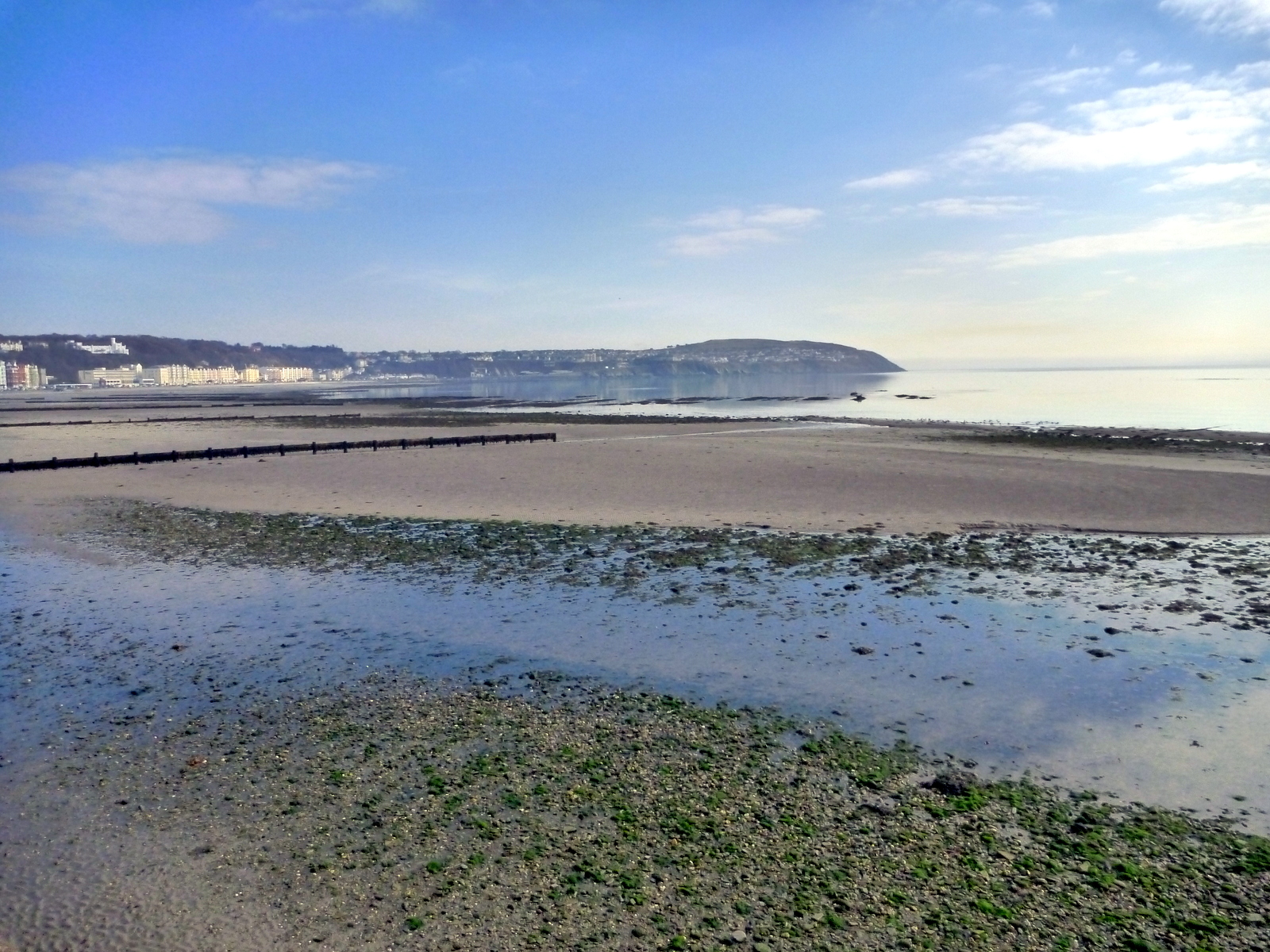 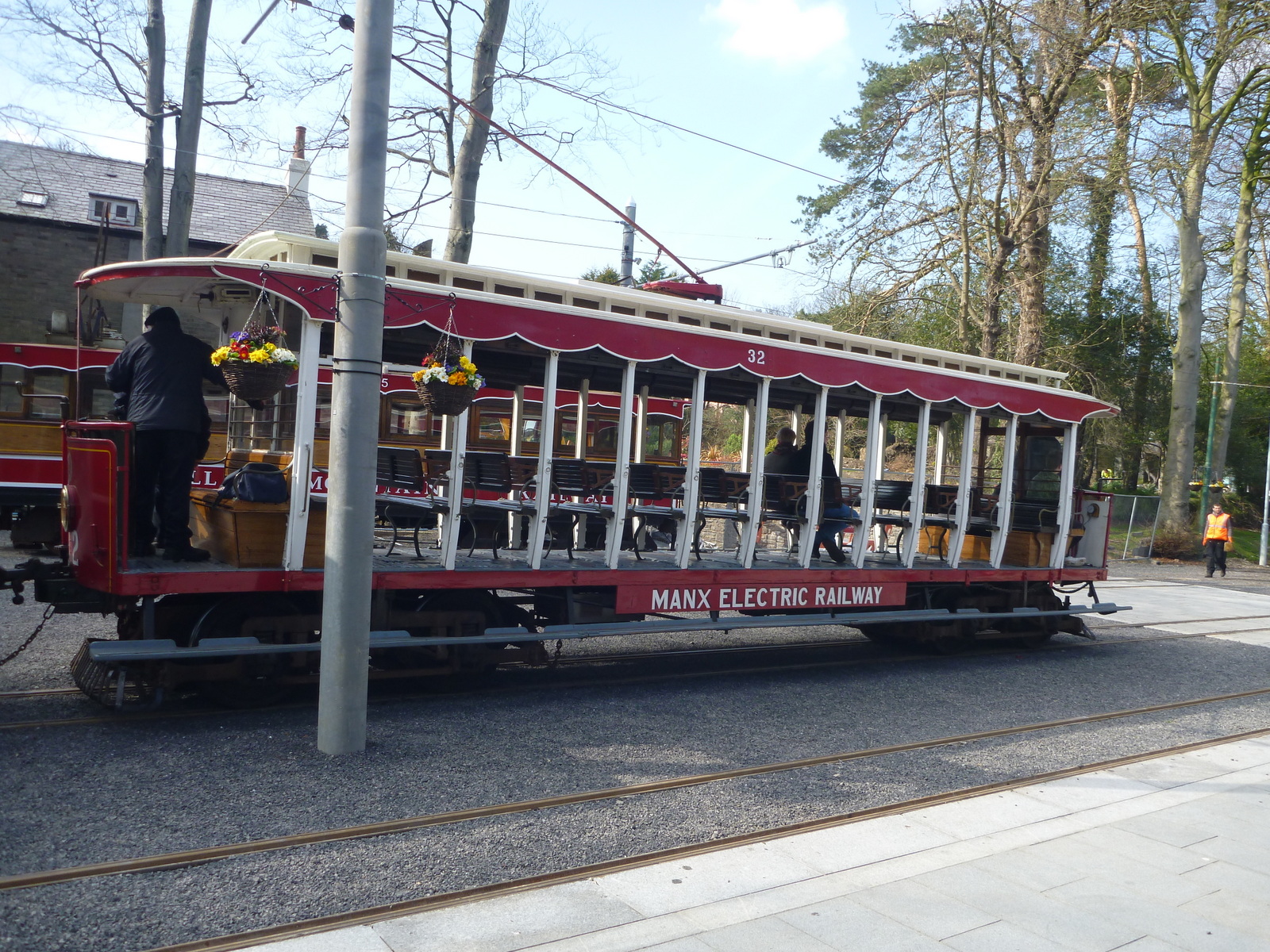 The open air tram is an awesome way to see the beautiful coastline. We even caught a glimpse of Manx pirate history. 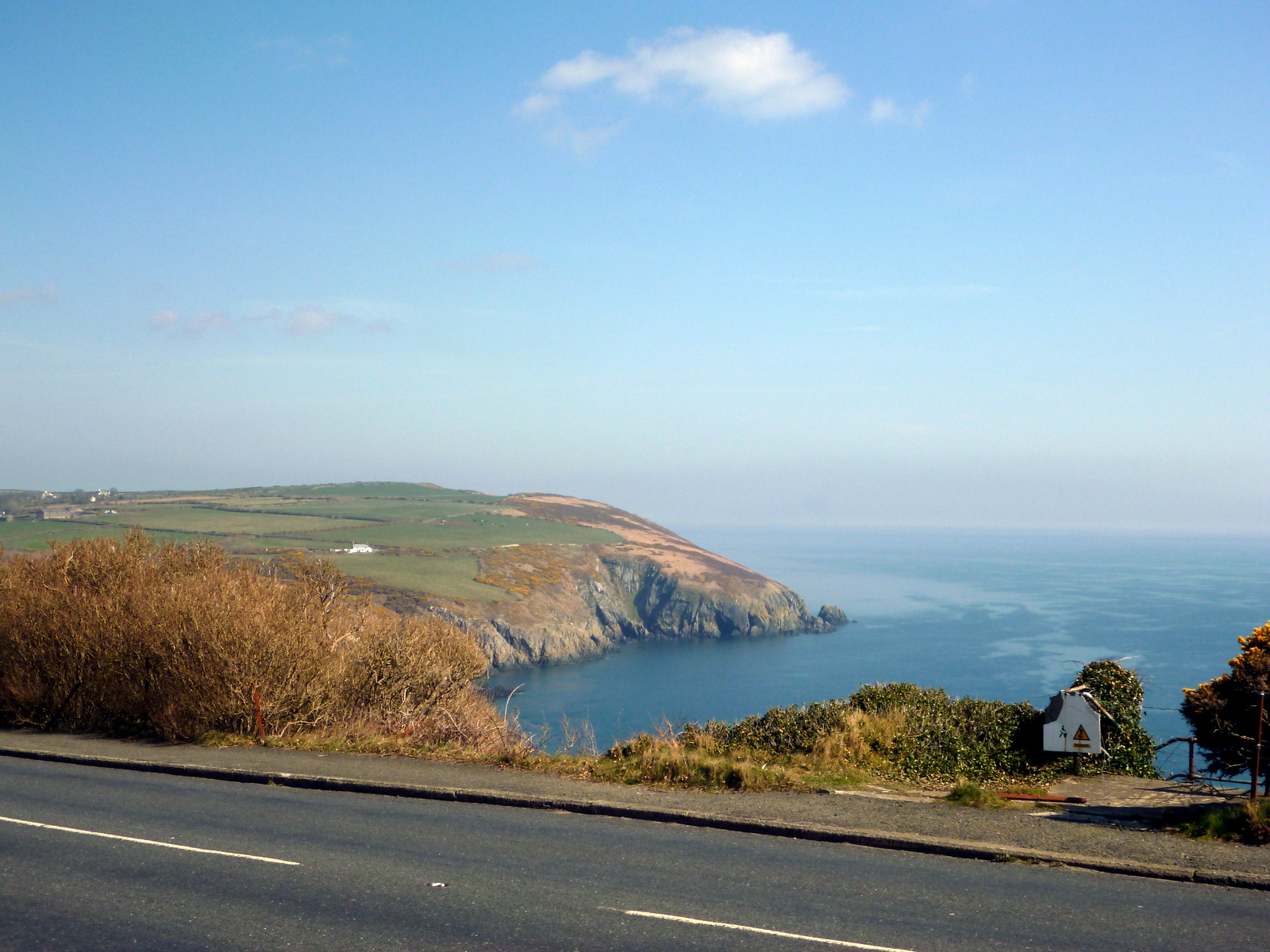 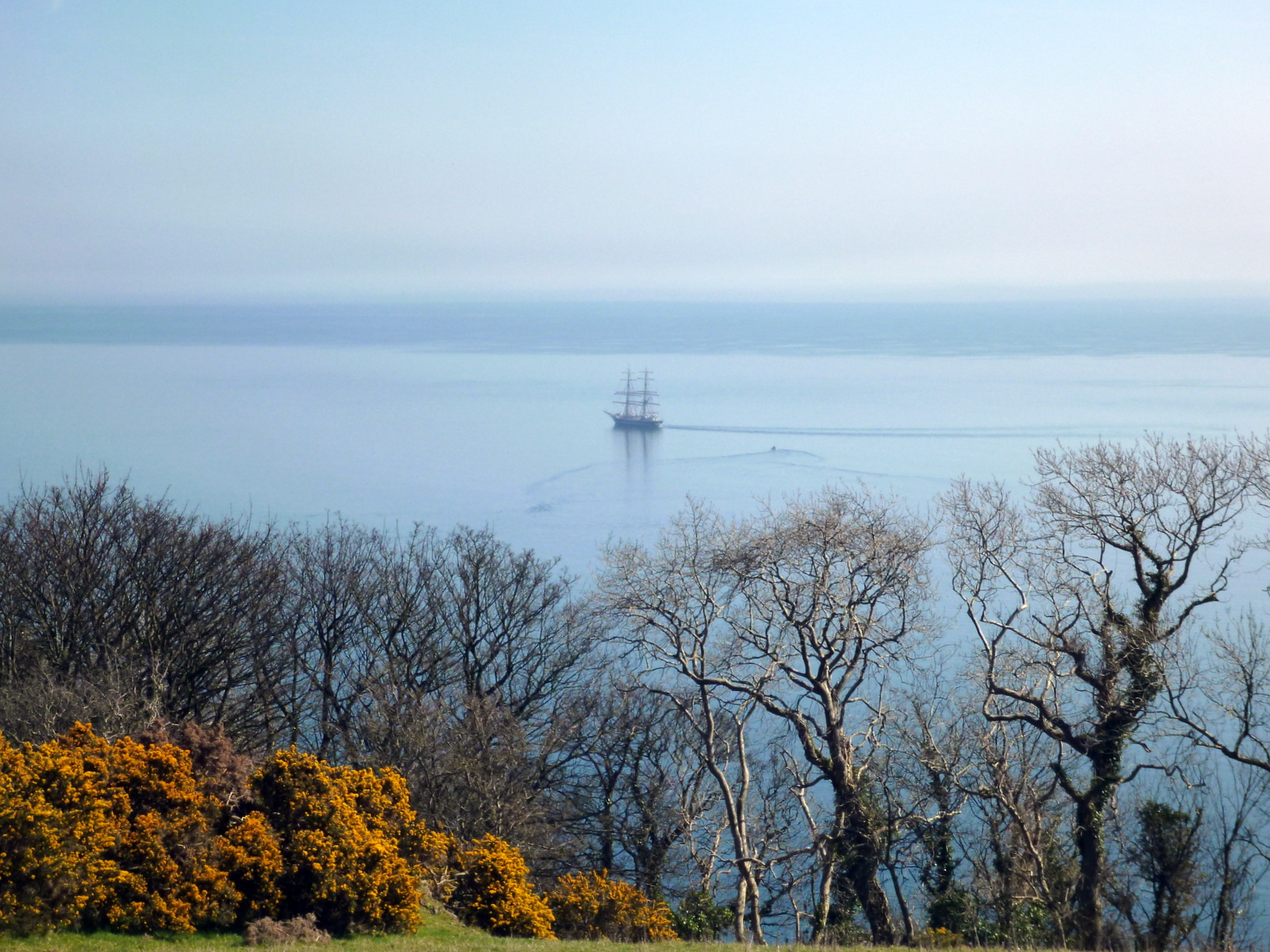 Laxey is a quaint woolen mill town with what they claim is the world’s largest operating water wheel. We caught a connection for the Snaefell Mountain Railway which follows the former mining grade to the highest point on the island. 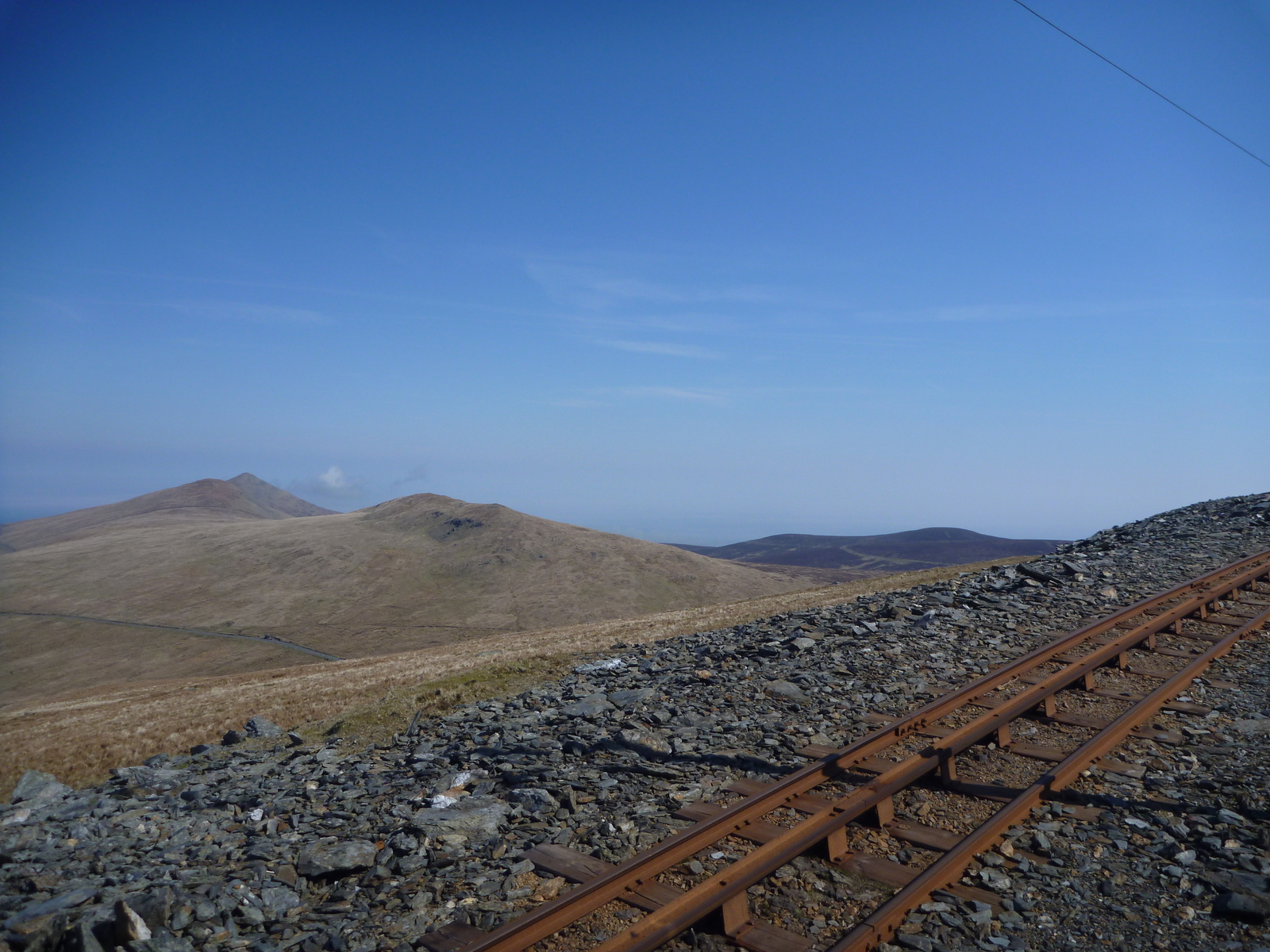 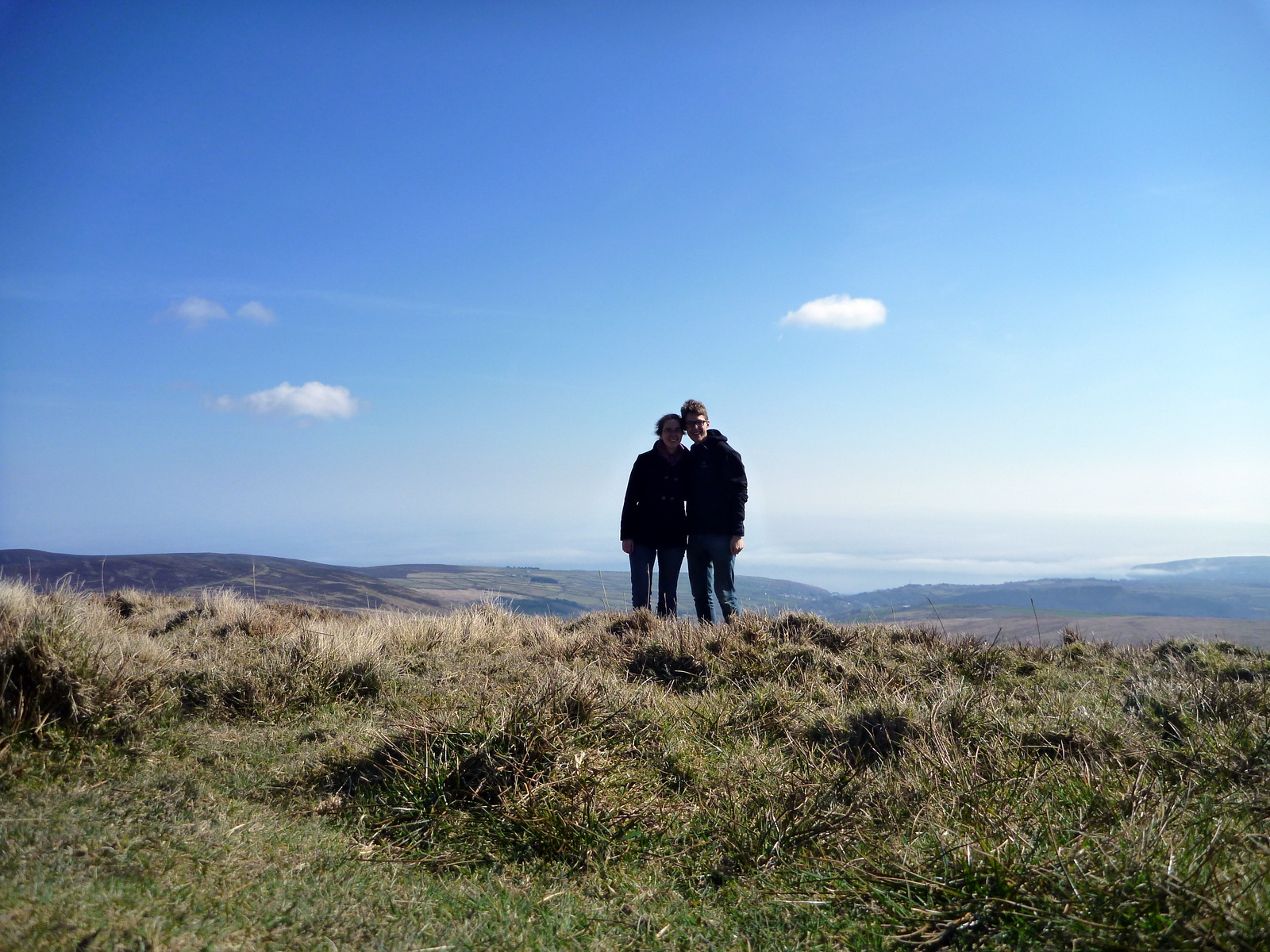 From Snaefell, the local legend is that you can see 7 kingoms: Ireland, Scotland, Wales, England, Man, Heaven and “Neptune”. We could see Ireland and Scotland but fog obscured the English and Welsh coast. 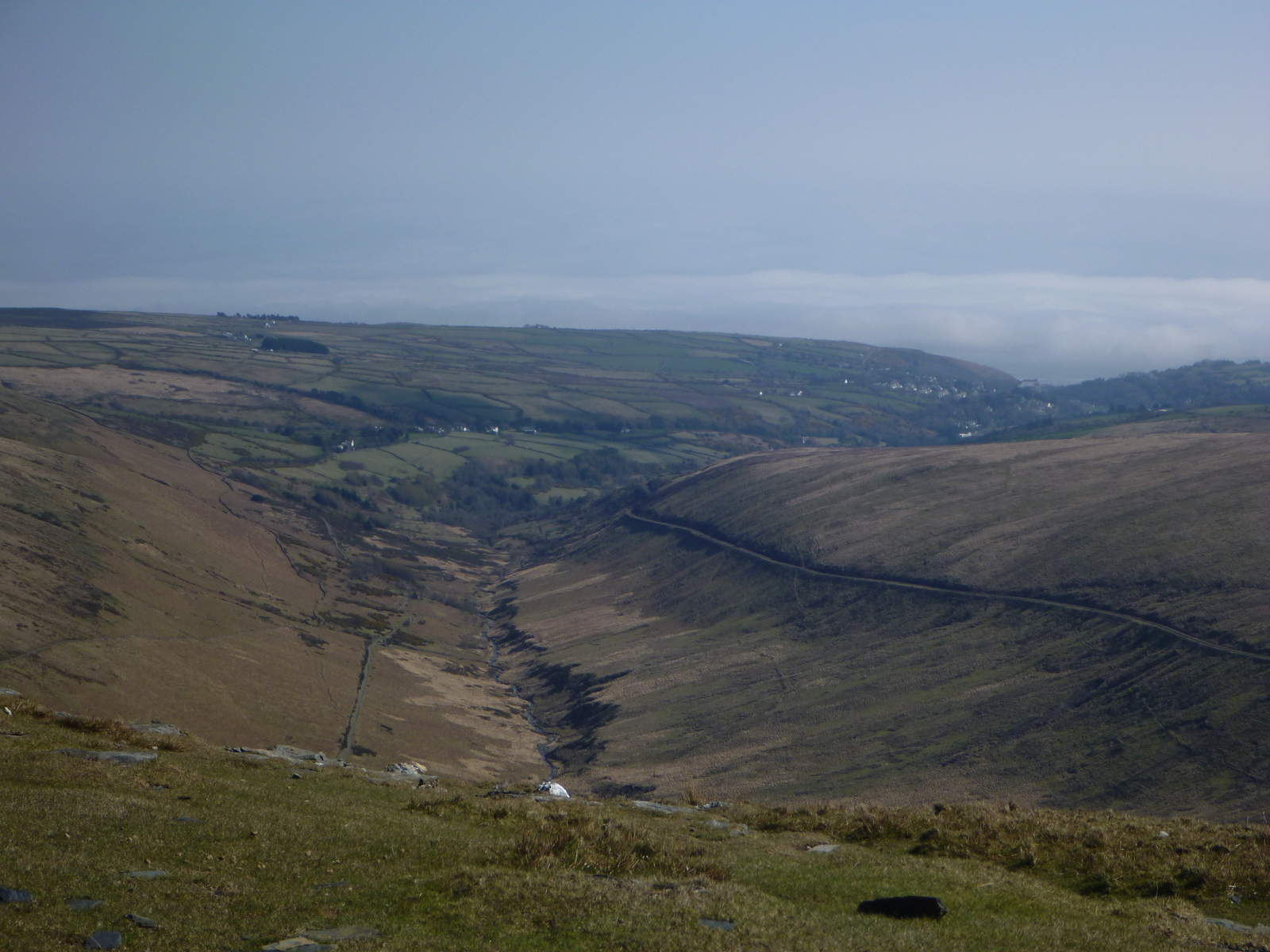 After our return to Laxey, we caught the train again and headed north to Dhoon Glen, one of a network of “National Glens” found throughout the island. 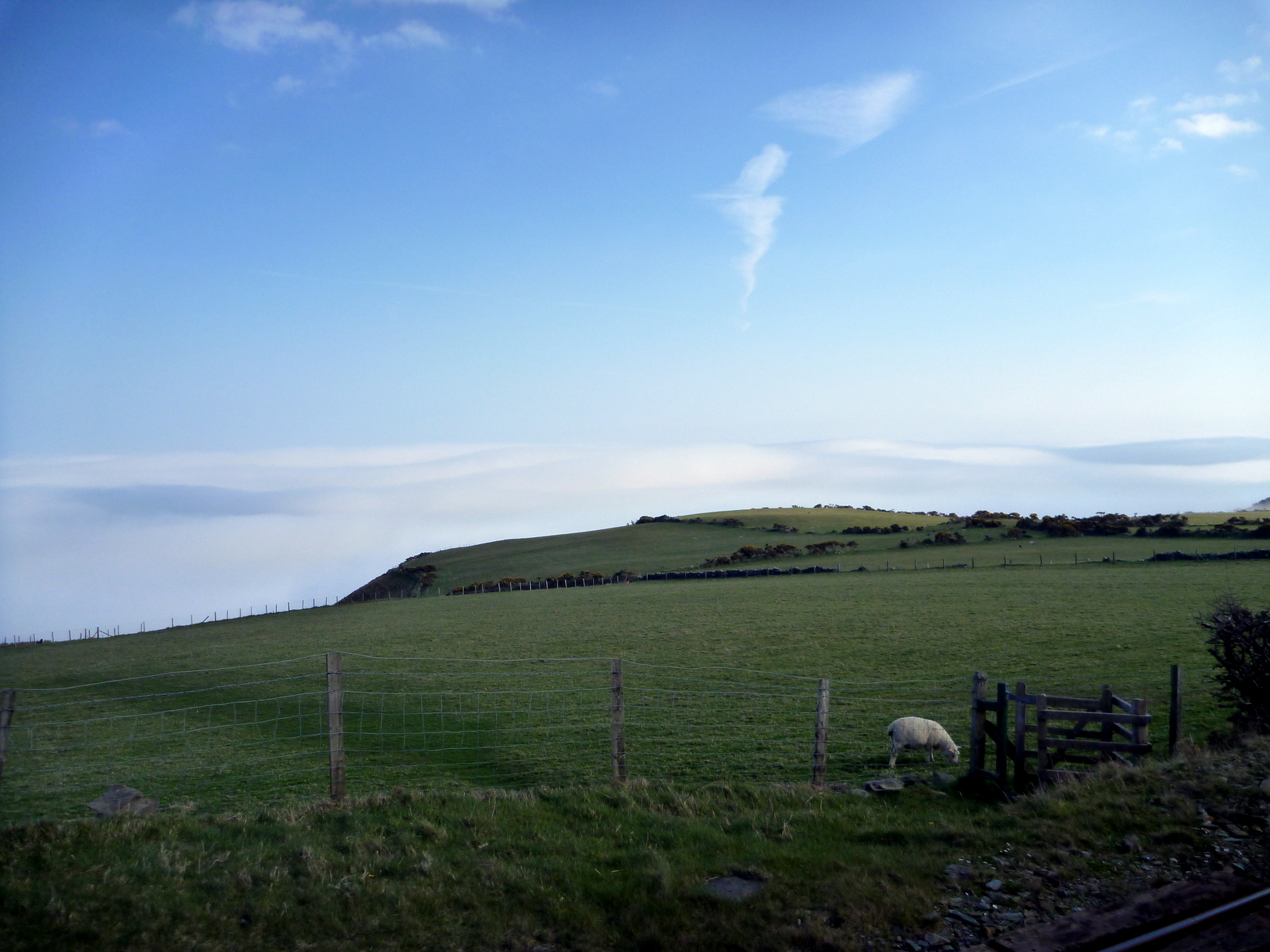 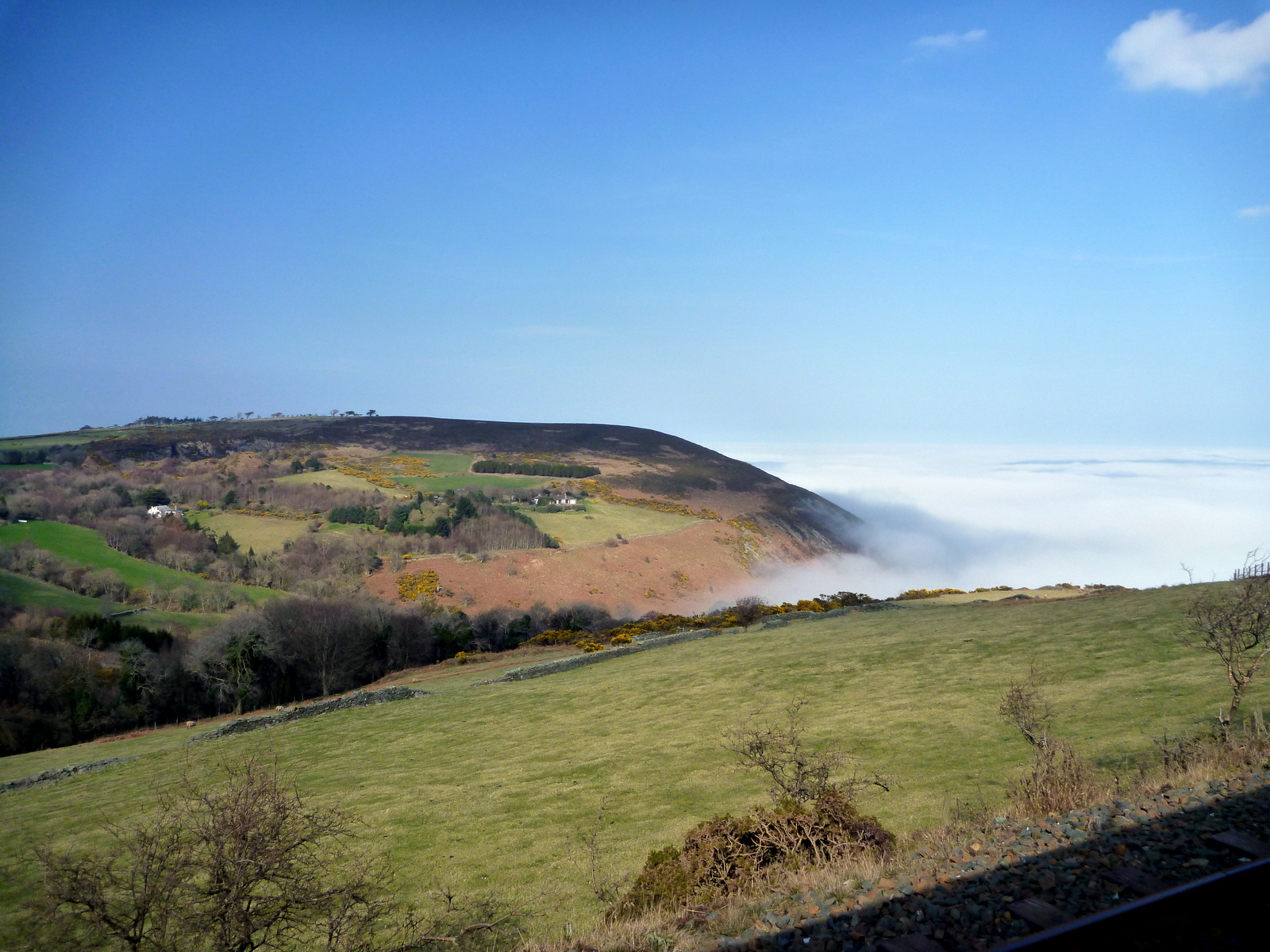 A glen in a narrow, steep valley – densely forested and full of lush green color, it felt like a plant cave. The creek (do they call it that in Europe? Stream maybe) running through it produced some nice little waterfalls. 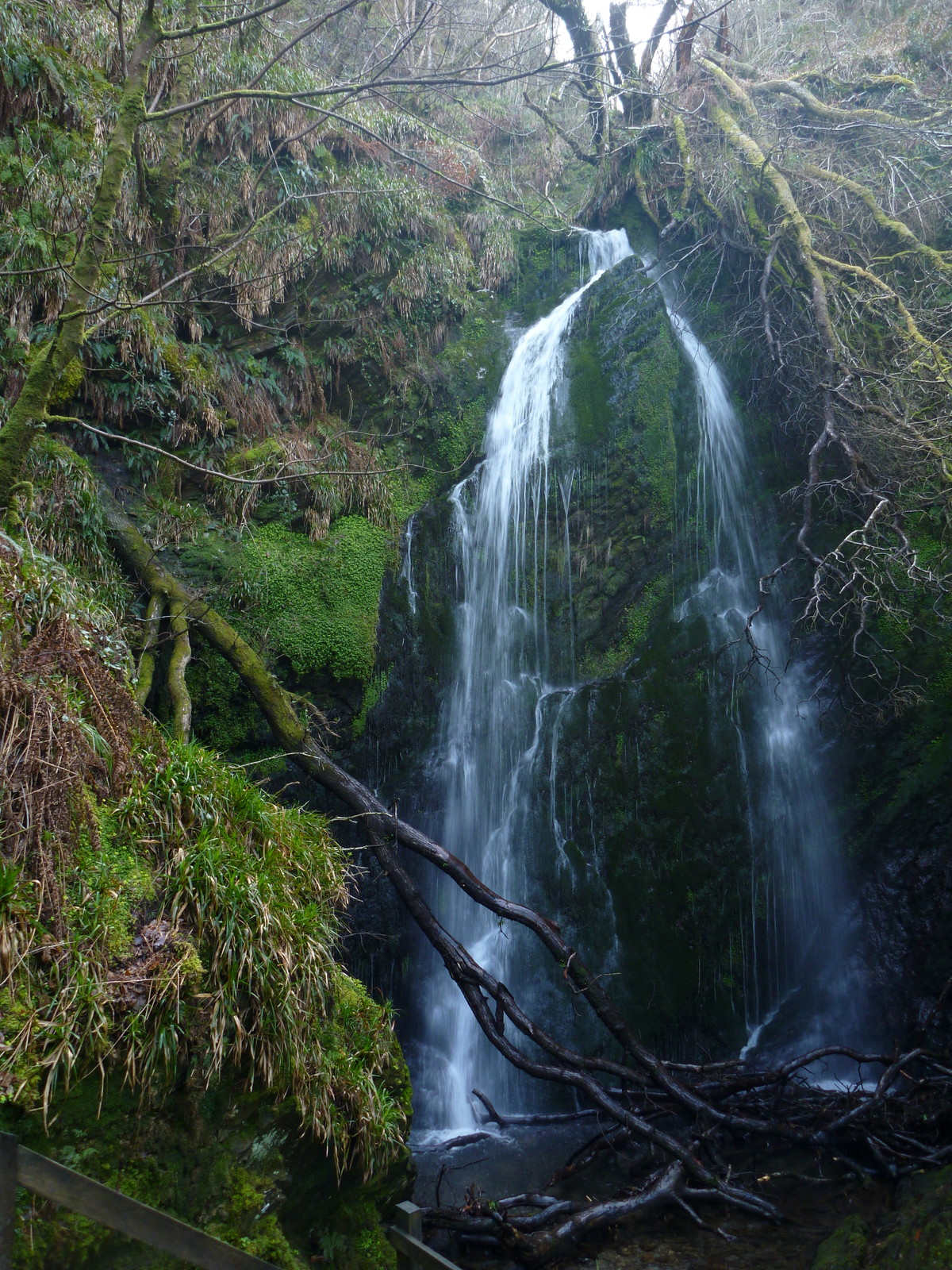 The real highlight was the beach. We caught it at just the right moment; the light sea fog and afternoon light gave it a sort of magical quality. 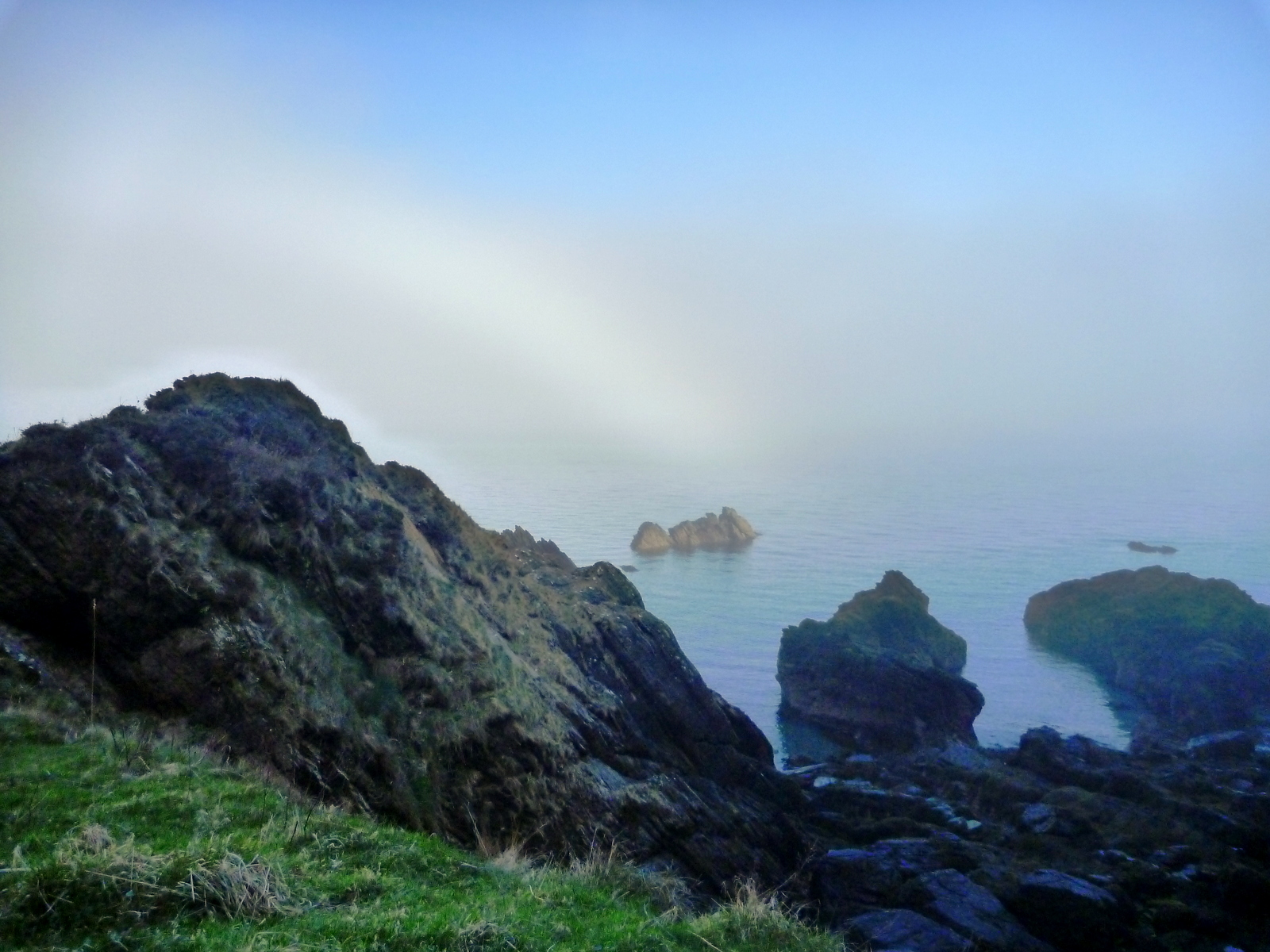 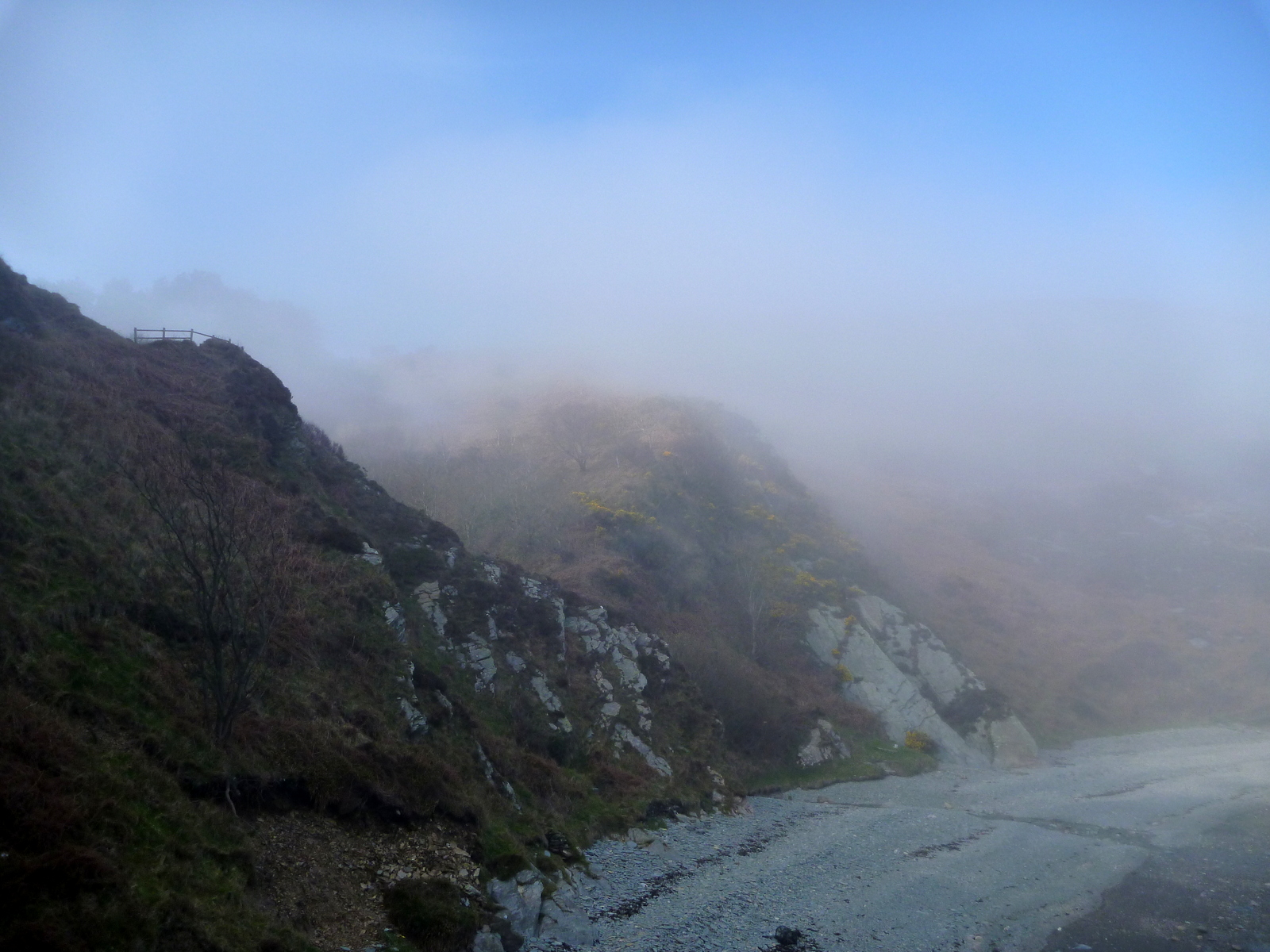 We didn’t see another soul from the time we left the trailhead until the time we returned. I’ve rarely been in a place this beautiful and unique. The best part was knowing that it might look completely different if the fog lifted. 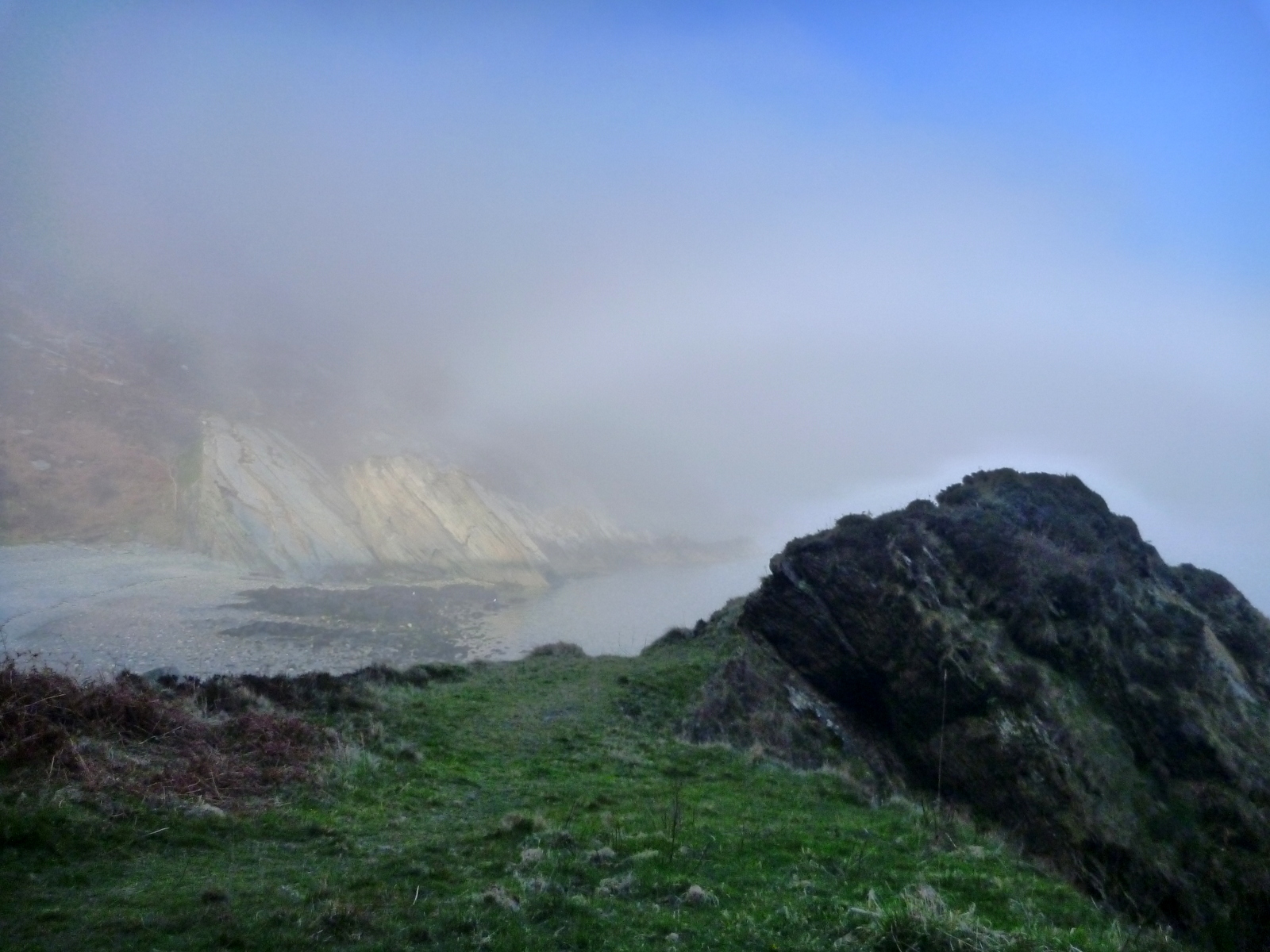 From there, we hopped on a bus north to Ramsey for dinner. I was amazed at the way the locals park their boats – they just let the boats sit on the bottom at low tide. I can’t imagine that’s good for the hulls! 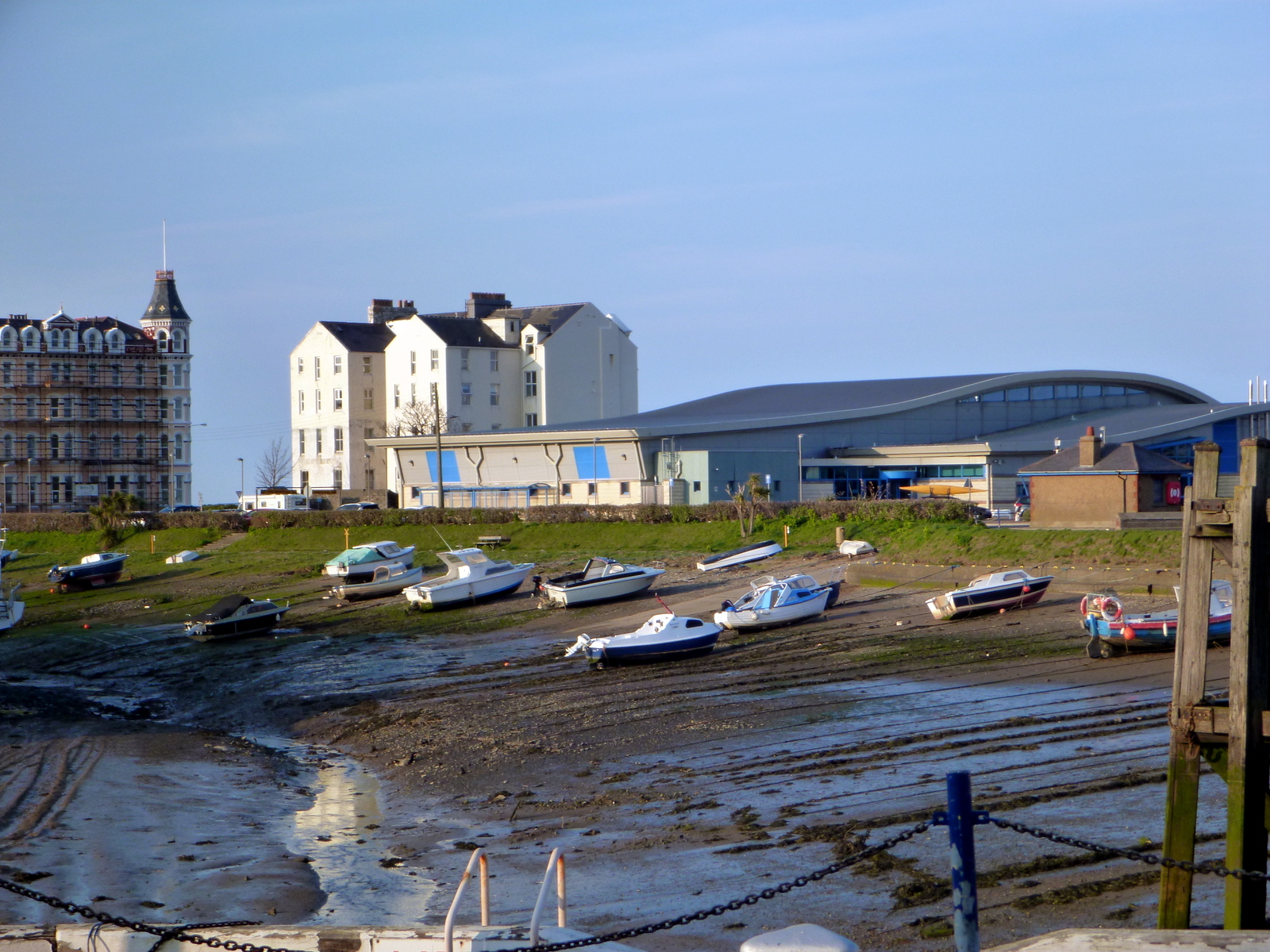 We had intended to take advantage of the Isle’s status as a Dark Sky park but unfortunately neglected to bring our flashlights with us when we left for the day… clouds rolled in and it would have been a bust anyway.

The next morning we walked along the Douglas promenade and boarded the ferry back to the mainland, noting this very defensible little castle on an island in the harbor. 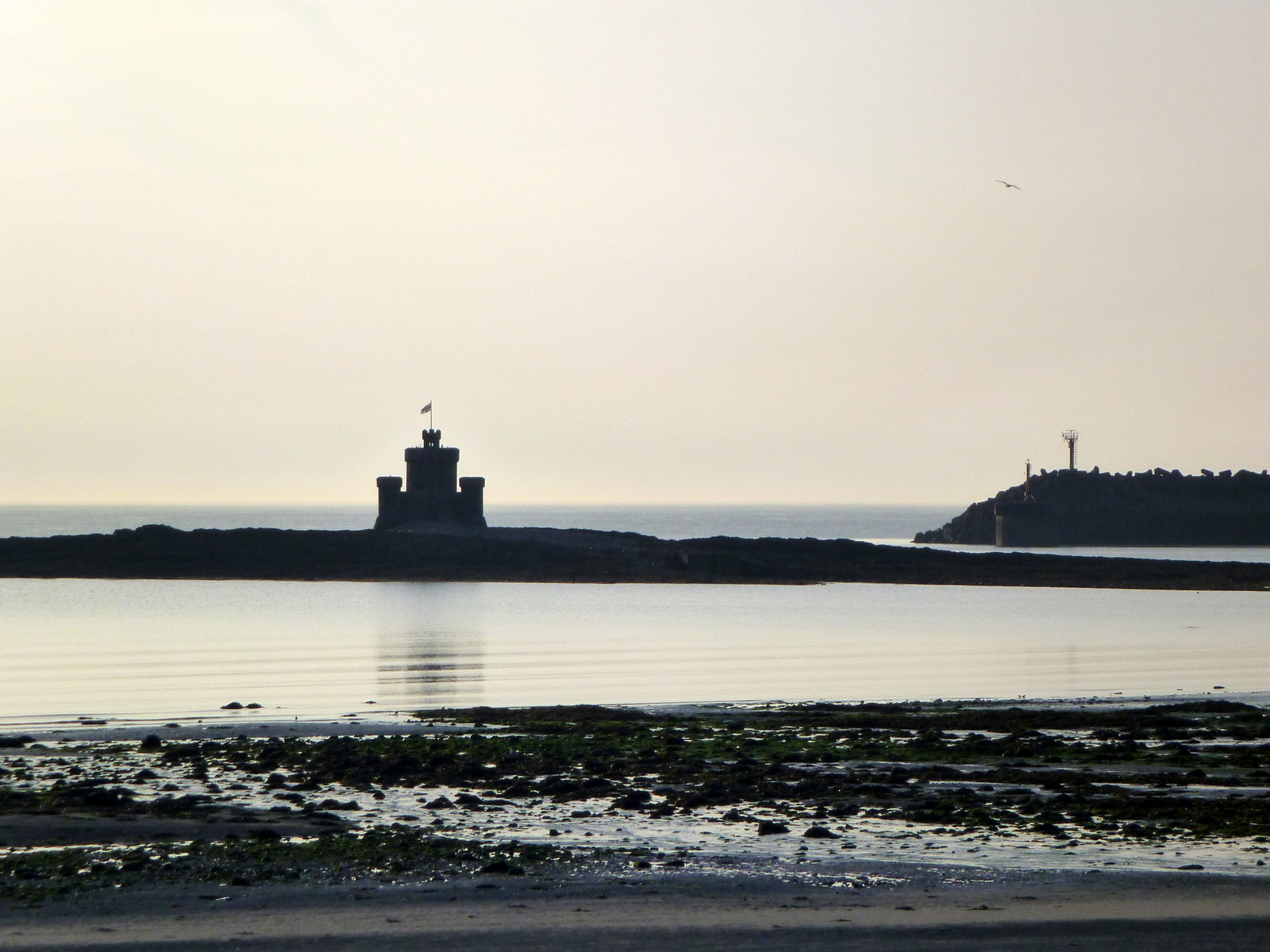 The Isle of Man has so much untapped potential for the outdoors – I’d go road cycling on the spectacular Snaefell highway, sea kayaking, and maybe climbing if I came back here for a week.

One thought on “Isle of Man”