This winter I had the opportunity to visit one of my very favorite places in the state in snowy conditions – namely, Ingalls Pass in the Teanaway area. I love the Teanaway because it generally has better weather than the Cascade crest closer to home, and the scenery is second to none in the Central Cascades in my opinion.

We left Seattle fairly early in the morning, knowing that the toughest part of the trip might be the road in. Fortunately, with these unseasonably low snow conditions (! Do not attempt the drive this early on a normal year !) we were able to make it to the trailhead in a Subaru Outback. We also knew some fresh snow had fallen a few days before – the avalanche danger was rated moderate with a loose wet avalanche hazard.

We walked the first mile or so of the trail to an elevation of about 5000′ where we put on the skis and started skinning up (most of us at least – we had a snowshoer in the party). The skinning was fairly pleasant except for a section in the middle where south facing slopes had melted out leaving dry trail. The snowshoer did not appreciate the miles of sidehill traversing, something skis handled like a champ. 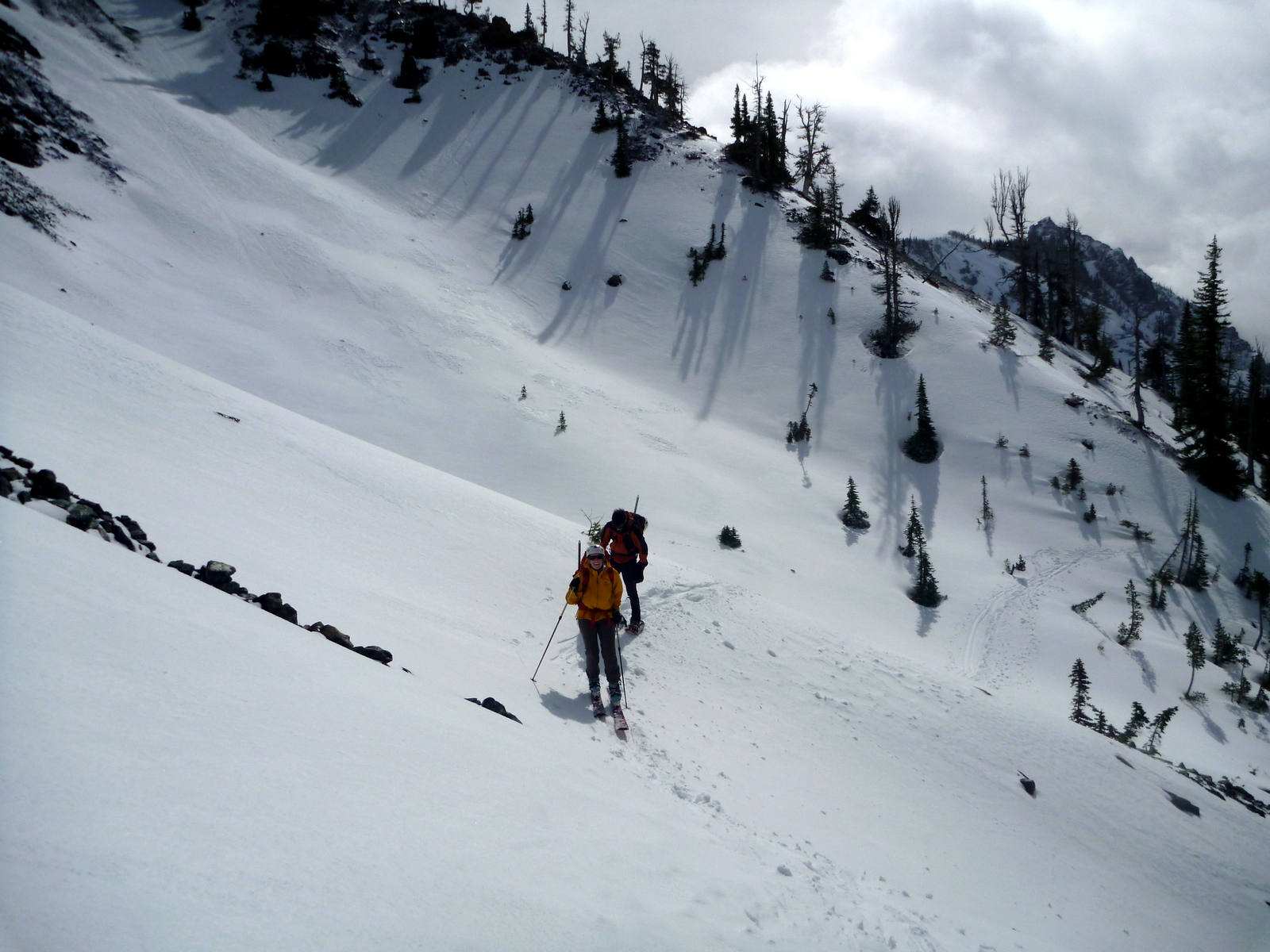 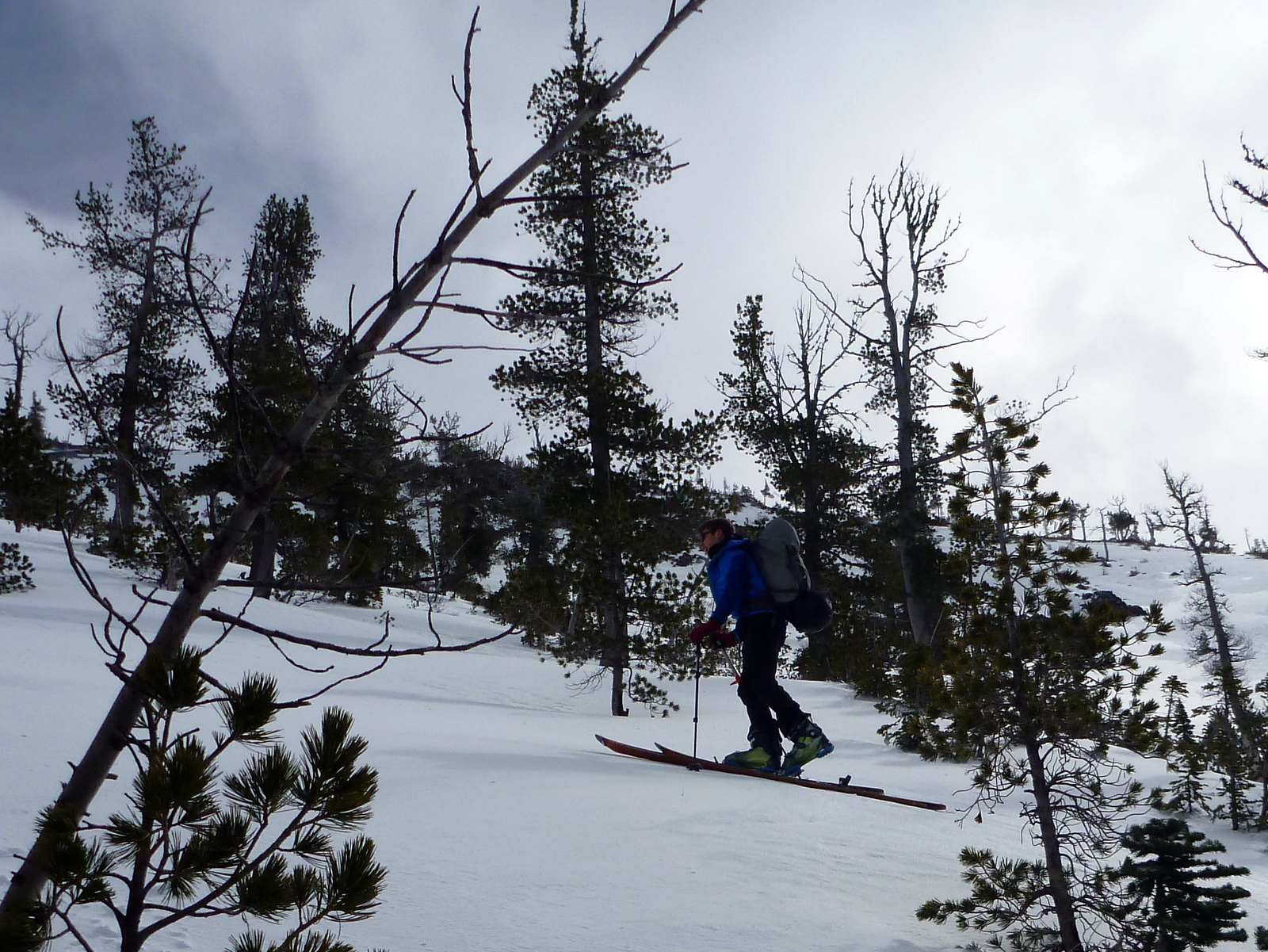 It was great to be back in the Teanaway under a white blanket of snow – it looks completely different in this light. The forecasted clear skies never came about. The forecasters nailed the wind forecast though, with fairly strong gusts during the day. It threatened rain in the parking lot but fairly quickly transitioned to flurries up high. 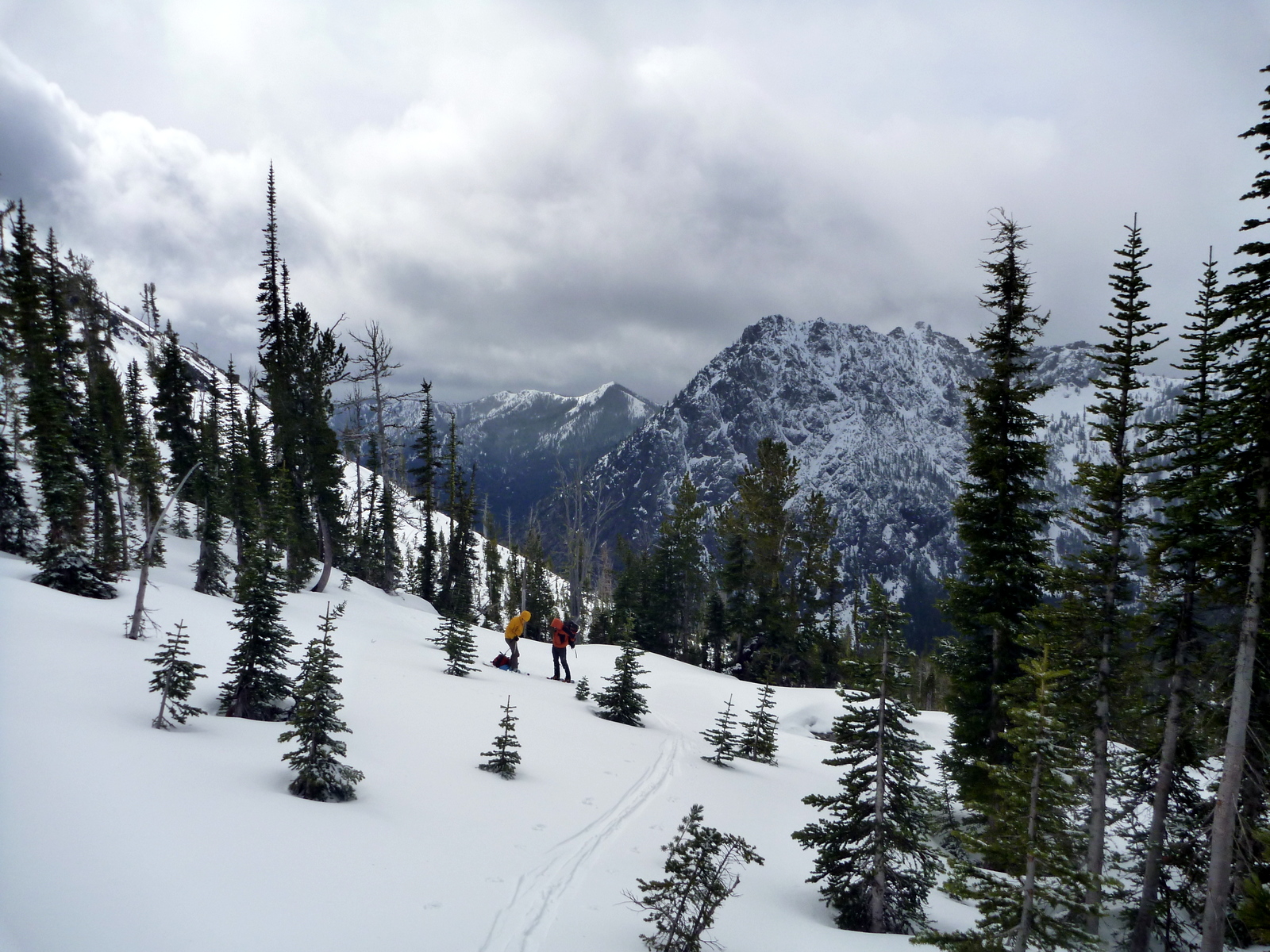 We made it to the pass around lunch time and assessed conditions on the other side. If the south facing aspects looked like late spring, the Ingalls basin to the north is in full winter conditions. We noticed that the wind had been blowing from behind us to some extent, possibly loading the slopes with wind slab. We chose the lowest angled slope we could find and skied down into the basin order to better assess conditions. 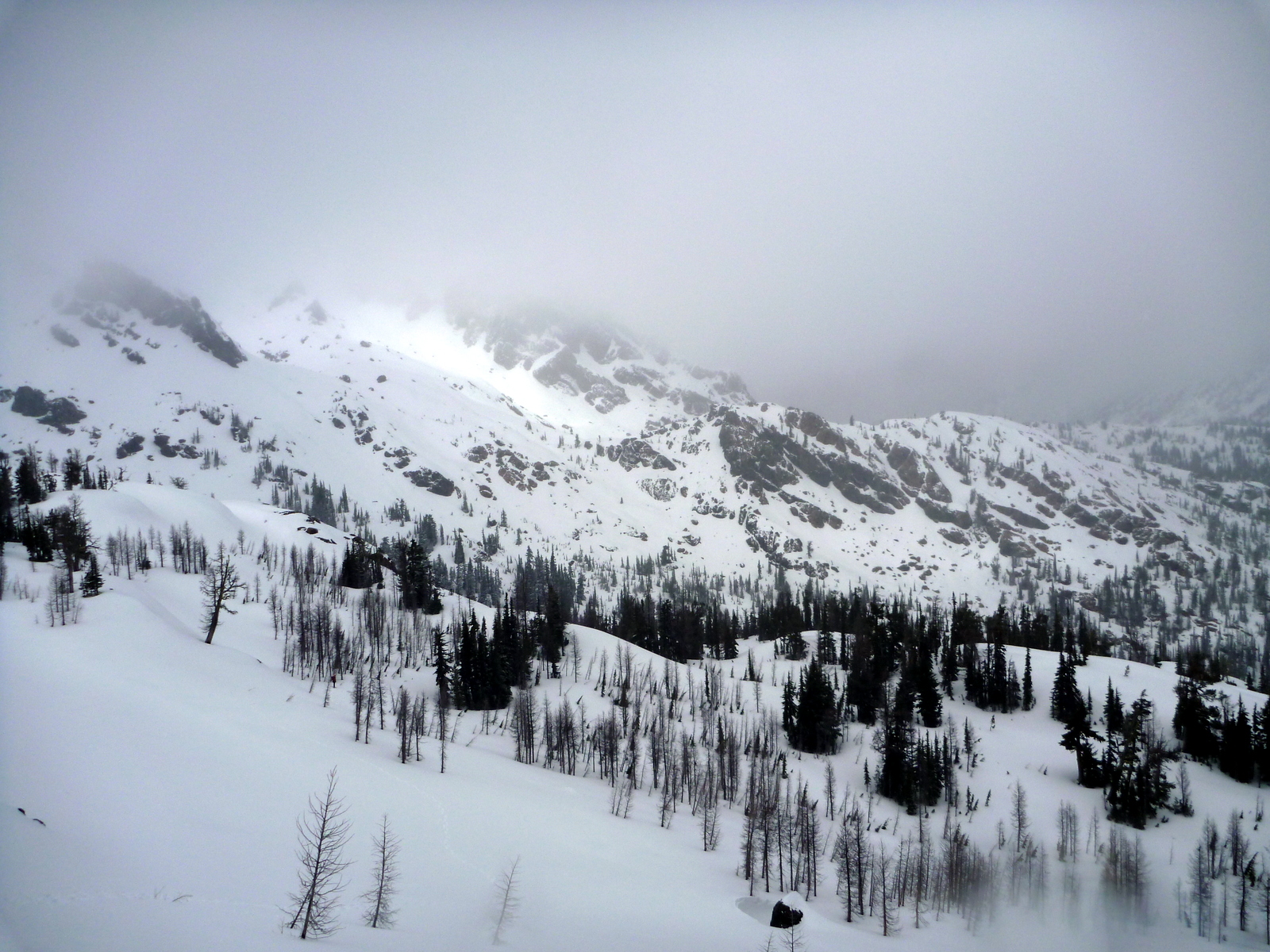 Unfortunately, it was clear that the cloud cover would not lift enough to think about summiting South Ingalls peak like we had hoped, but the low angle treed slopes nearby were beckoning for a few laps. We dug a quick snow pit to assess stability and found a fairly cohesive (though soft) wind layer with weak crap snow underneath –  this was not at all what the avalanche center had forecasted. We did observe good stability in our column tests though, so with a mixed bag of tests staying conservative was a good call.

We enjoyed the soft snow conditions in the trees although the wind deposited surface layer wasn’t quite as nice as the powder that would have been here a few days before. 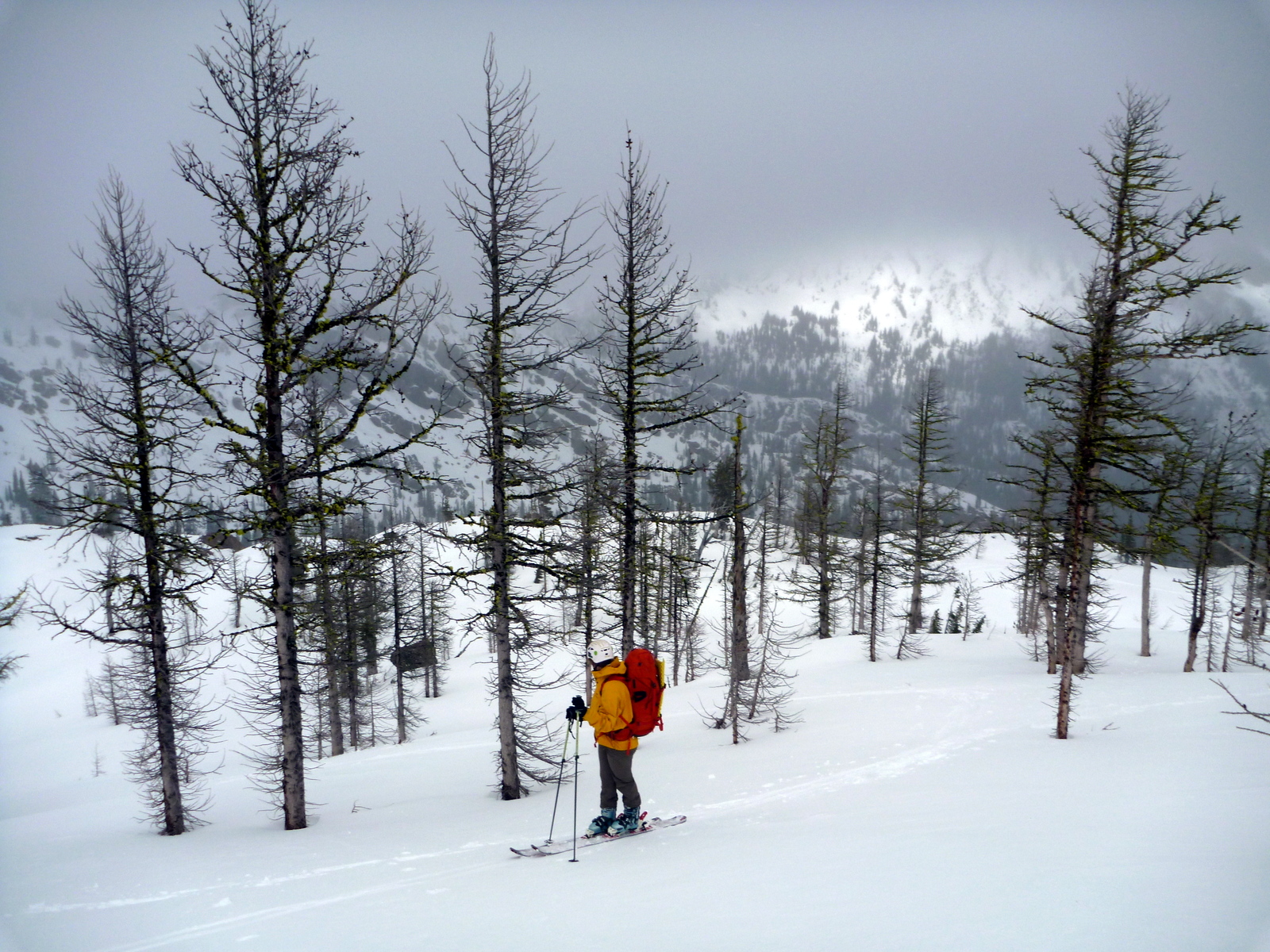 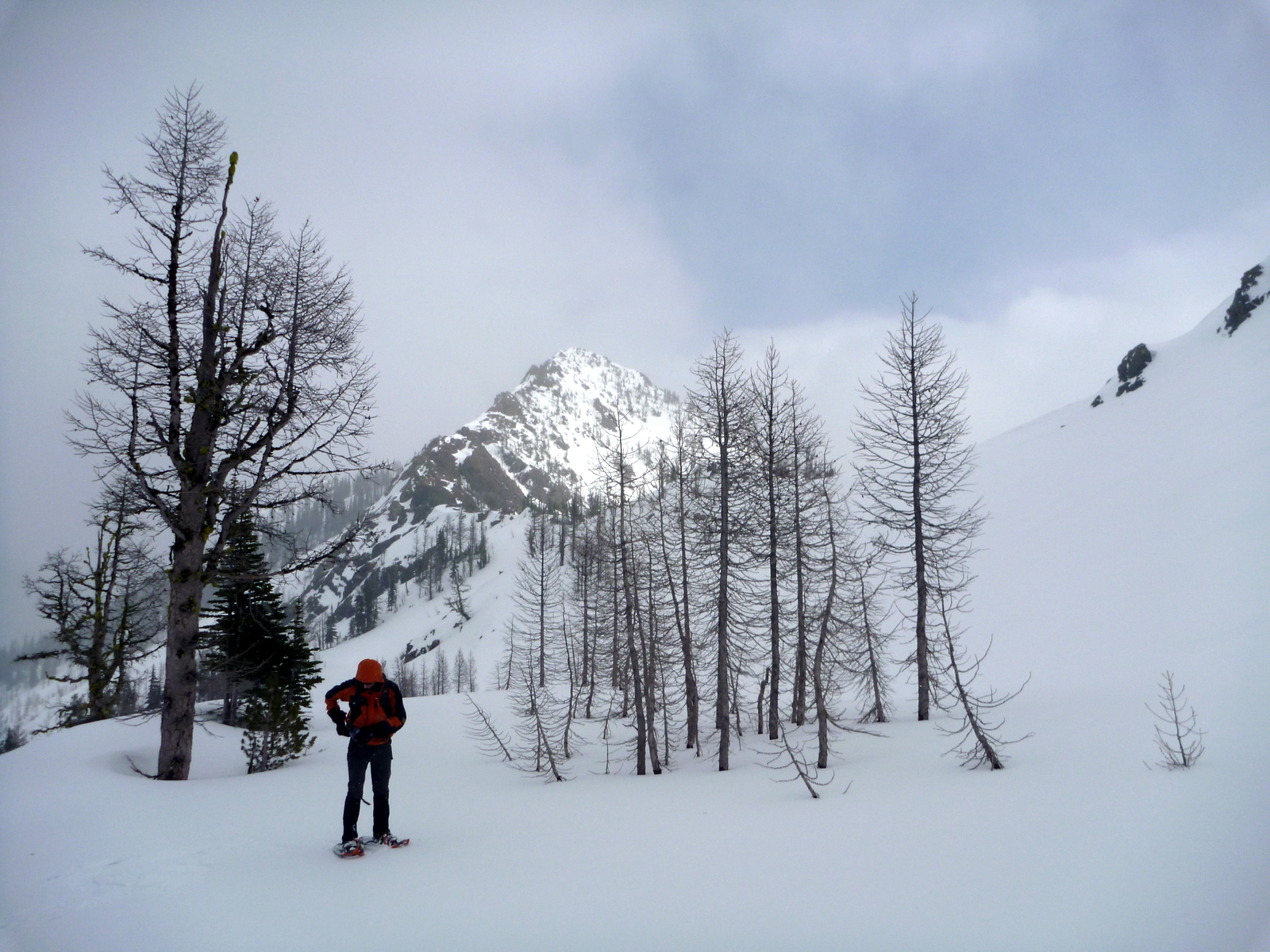 Knowing that the south aspects were going to be sun baked soon, we headed out and started our descent back to the trailhead. The upper part of the Ingalls Pass trail skied really well actually. 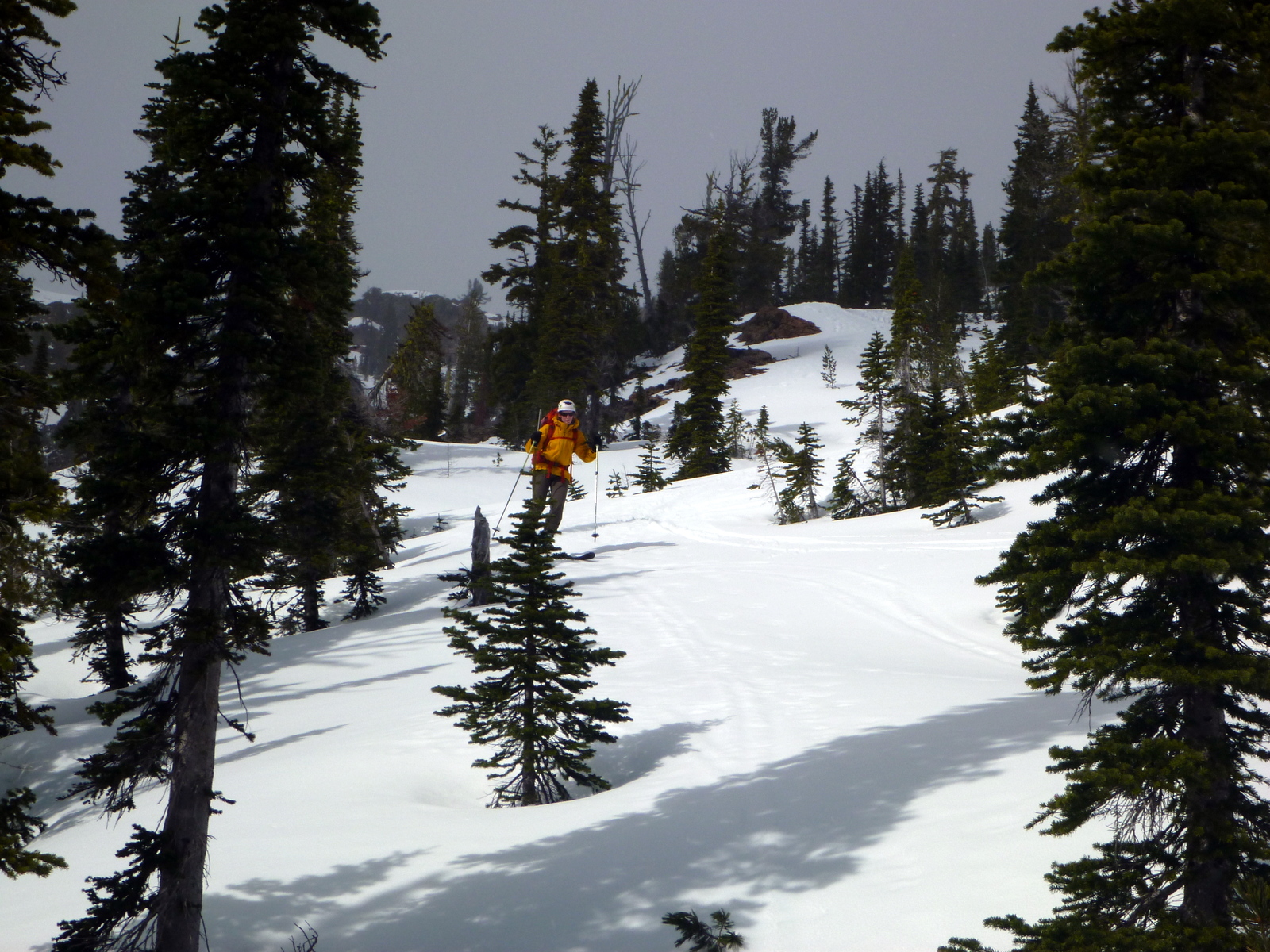 Lower down it got too soft for pleasant turns – the long traverse out was pretty sticky. The section where we had to take our skis off had greatly grown with the afternoon melt. We even had an interesting steep bootpack to get around a creek bed. 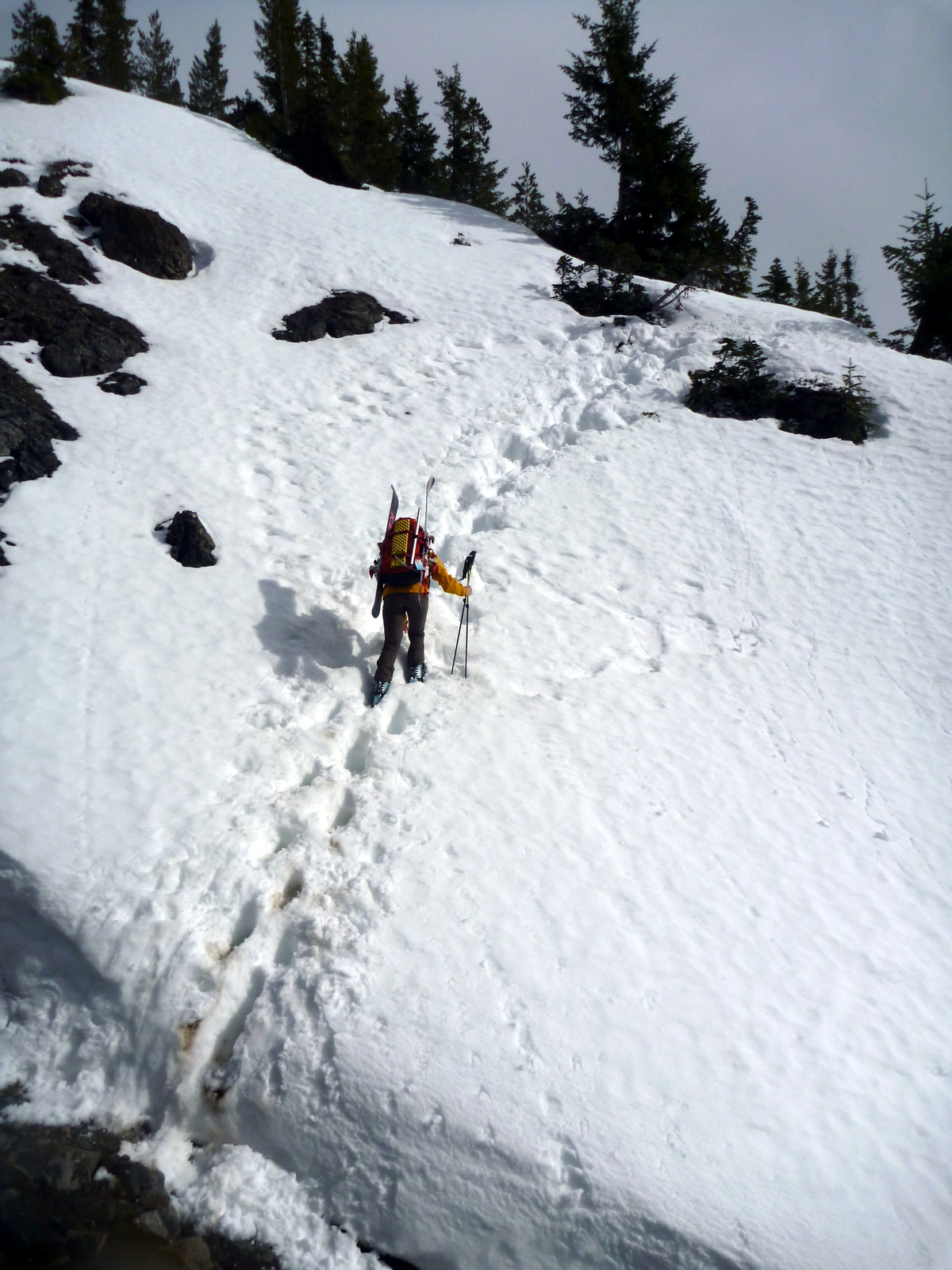 I kept my skis on as long as I could but the variable conditions were too much for me right around 5000′ again so we regrettably started the boot pack home. This is the story of springtime in the Cascades. In coming weeks we’ll have to work even harder to find skiable terrain but for now we’ll enjoy the splendor of being out in the backcountry on a beautiful day like this. Even with a bootpack these are the days that make it hard to come back in to work on Monday morning. 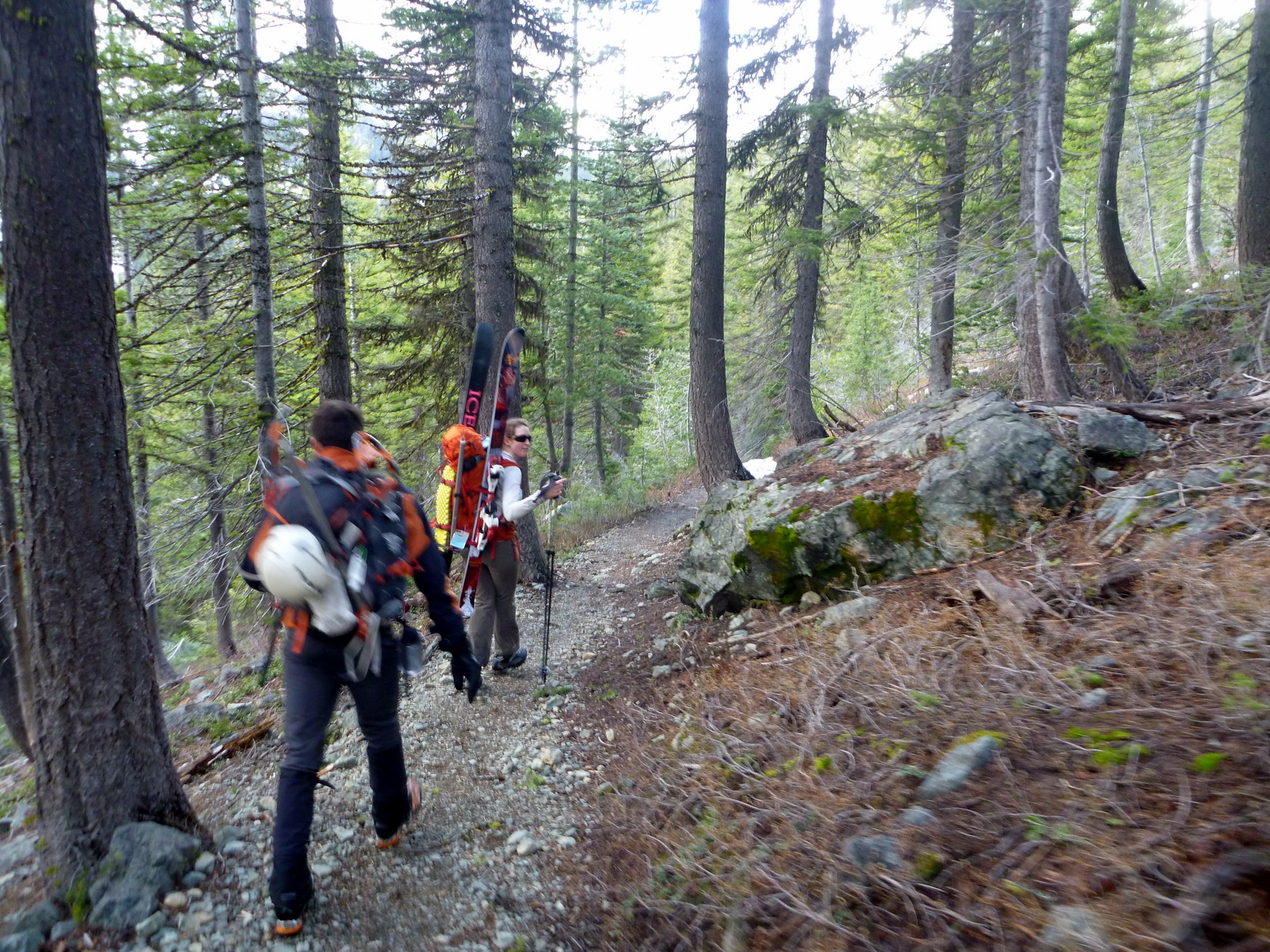