Sick of the awful snow conditions in the WA Cascades, a group of my friends took a long weekend trip up to Whistler, BC. After loading up on our legal allotment of beverages on the US side of the border, we crossed into Canada and fought Vancouver traffic until we rolled into the ski town.

I bought a three day “Edge card” which is a discount for Canadians and WA residents. It ended up being a pretty good value considering the variety of terrain and quantity of high speed lifts.

Whistler/Blackcomb is a huge complex consisting of two large peaks, each with 5,000’+ feet of vertical rise from the base. In terms of acreage, Whistler is the largest in North America. Breckenridge, which I skied and thought was pretty huge, looks tiny by comparison. The highlights of the resort for me were the variety and quantity of off-piste terrain, including giant bowls, chutes, and steeps; the Peak-2-Peak gondola from Whistler to Blackcomb, a real technological marvel; and the incredible views of the surrounding Coast Range and Garibaldi Provincial Park.

Our weather was pretty much sunny with moderate wind – no new snow fell, but the hardpack conditions weren’t too icy and tended to soften up in the ample sun. The groomers were in great shape although the snowpack is pretty much just man made ribbons until 1,000+’ above the base. 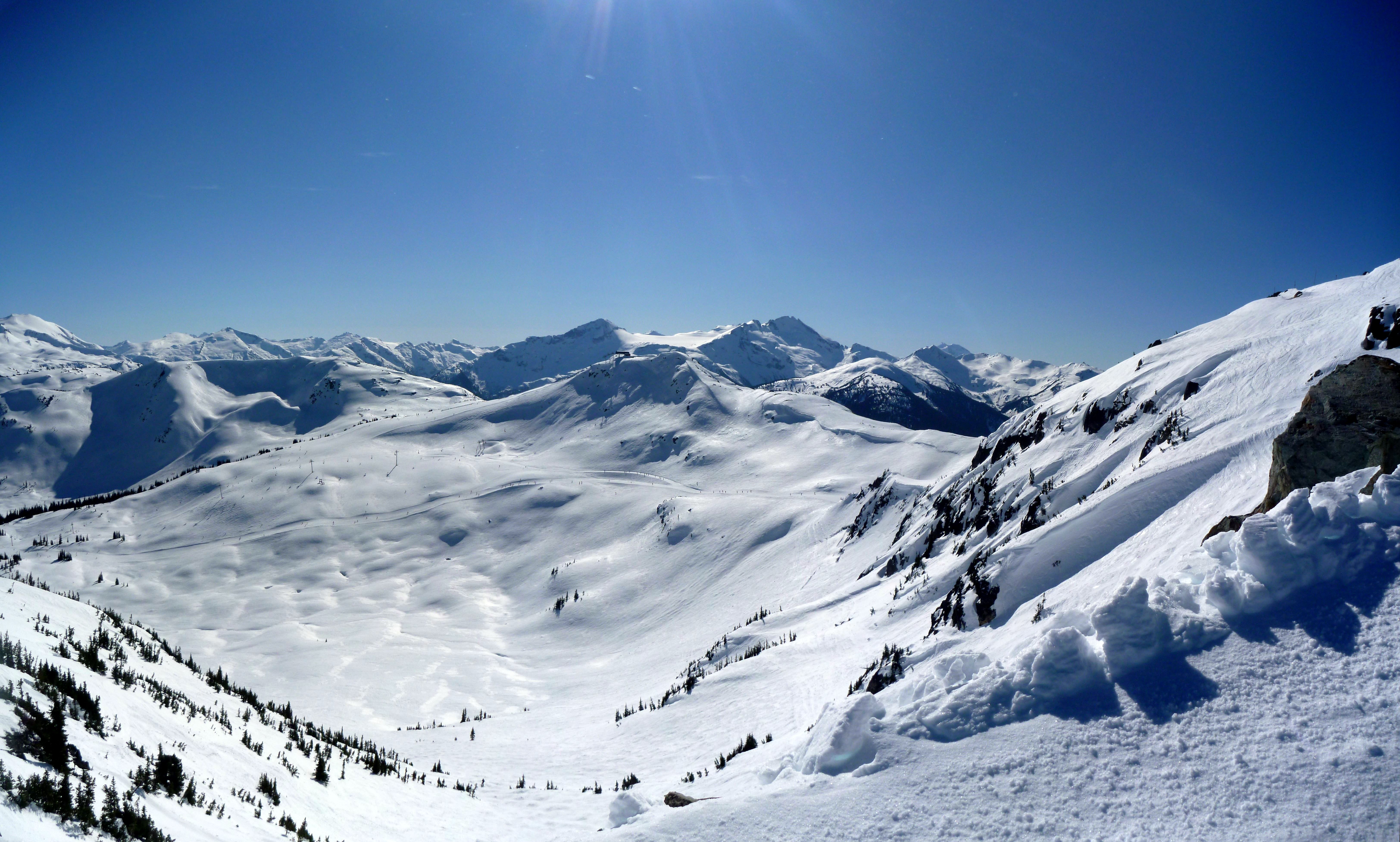 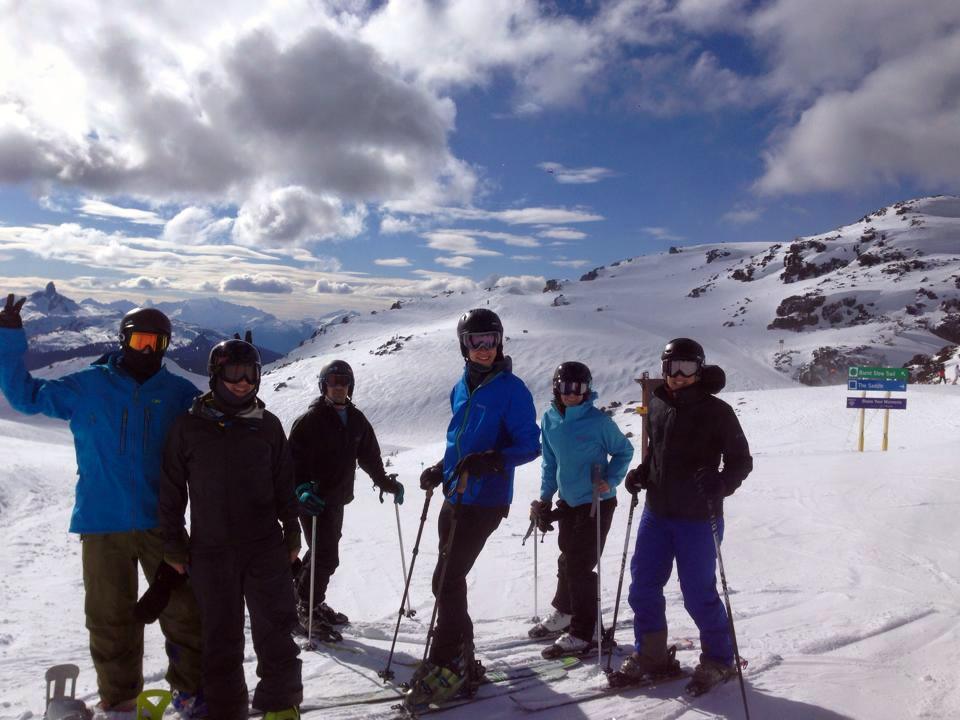 I was impressed with Whistler – for a resort town right on the slopes, there is something for people of all price ranges. Restaurants range from four-star French cuisine to cheap taco joints and Subway. Our condo rental was a pretty good deal (and came with an included rooftop hot tub…)