I descended at a “neutral” effort – letting gravity do the work and recovering aerobically for Lap 2. I hit the car and swapped out my shoes, refilled my water bottle, and ate part of a banana.

Triathletes describe the dead leg feeling they get transitioning from the bike to the run. I had the same feeling as I got back on my feet after taking a brief sit-down break at the car. The low-angle trail felt like much more of a chore than the first lap and my legs didn’t have the same spring they had on lap one. I ran probably 60% of the lower trail but mixed more walking in the steeper sections and muddy patches. I felt well hydrated but could tell my muscles were on the edge of cramping. I hadn’t thought to fill my bottle with Gatorade mix instead of water, and I would pay the price in the last hour of the run.

Almost four hours in, the mental aspect of ultrarunning definitely comes into play. “Why am I doing this? I’ve already seen the view once today…” Luckily, some of the folks I saw on the way down recognized me on the way up and shouted encouragement. “Is this your second time? You’re an animal. Way to go man!”

That lifted my spirits and enabled me to finish the uphill portion of Lap 2 strong, with an ascent time of about 1:35. I felt like I had really nailed the pacing. I sat at the top, hydrated a bit, and enjoyed some delicious orange slices offered by a helpful group of hikers. Thanks guys! The view was pretty darn good. 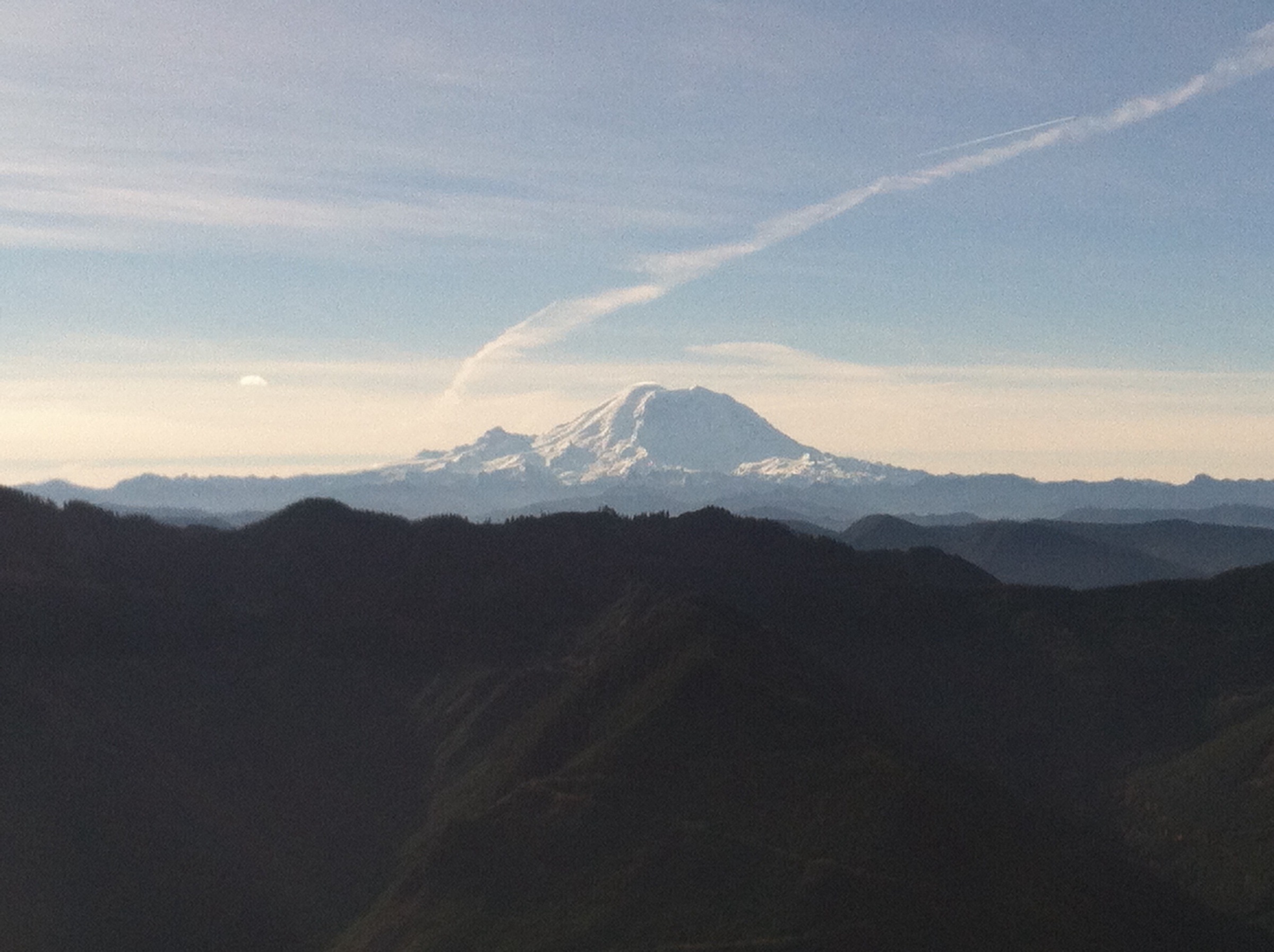 The hard part was over, but I still needed to manage the 5 mile descent back to the car with very fatigued legs. I could feel that they were on the edge of cramping, but luckily the pitch of the trail was just steep enough that I didn’t really need to add any power to keep running at a good clip, and I could focus on making sure my footsteps were secure. I didn’t have too much trouble with foot pain but I could feel a little tenderness in my patella that emerged on the second ascent and persisted on the way down.

Finally, nearly five hours running time after taking off, I could rest on the tailgate of my car and do my best to avoid getting mud everywhere inside. Thinking back to my first runs up Squak Mountain and the other I-90 peaks just a couple of months ago, I never expected to make this much progress in such a short amount of time. I am really looking forward to a long season of mountain running and hopefully adding some more remote objectives, scrambling, and group runs into the mix to keep things interesting next year. Next though, my focus will be on enjoying the snow…