This weekend I wanted something easy enough I could do it solo without worrying too much about getting hurt, and something close enough to home that I could justify burning the gas to get one person there. That narrows it down to pretty much  just I-90. Luckily, there are some great spots for solitude and easy peakbagging, even in the summer.

I drove to the Ira Spring trailhead (located around 30 miles from Seattle) and took off up the nicely graded trail, reaching the pass to the Mason Lake area in just over an hour. It was a perfect, clear day with great views of the southern Cascades peaks, including Rainier.

I chose a campsite right next to beautiful Mason Lake, set up my tent, and dropped my overnight gear before taking off uphill towards Mt. Defiance.

The trail was well-maintained all the way until breaking out onto a slide path/talus field about 300 feet below the summit. Continue further than you think you should, and an informal trail will appear on the right. I was impatient and headed straight up the beargrass and dirt clods of the open field (a mistake).

The view at the top is surprisingly awesome: much better, in my opinion, than the more frequently visited Bandera Peak.

There was even a view of the top half of Mt. Adams all the way at the Oregon border.

After descending back into the lake basin, it was late afternoon and the forest took on a beautiful glow. It is awesome to not have to worry about getting back to the car before dark – I can linger as long as I want, and camp is right there. 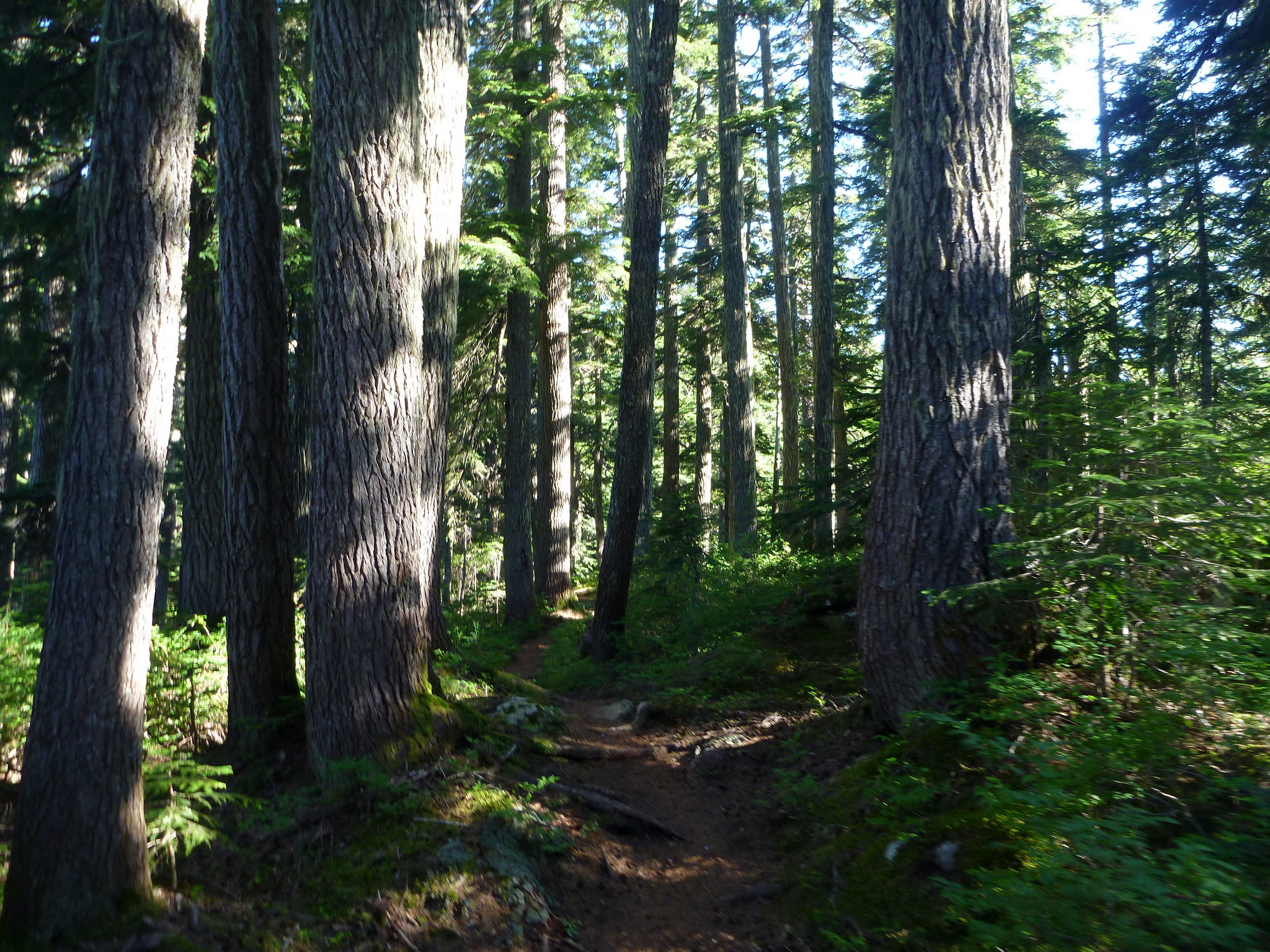 Next up was Pratt Mountain, a very infrequently climbed peak considering its proximity to I-90 (better alternatives abound all along the highway, honestly). I hiked to its southwest face, where the trail opens up onto the edge of a boulder field. From there, I followed the cairns straight up on solid talus.

Alas, the summit is forested so there is no panoramic view. However, there is an interesting glimpse of the river valley to the north (where the Pratt Lake trail runs) which you would miss from the other nearby summits.

The view to Granite Mountain is also decent – another popular destination in the area famed for the fire lookout at the summit.

Descending the talus was tricky at the end of a long day, given how steep the route is.

Back at camp, I indulged in a mac and cheese dinner and enjoyed alpenglow on the lake. Given the minimal effort to get here, this is an unbelievable campsite. I watched the sun go down, and the moon rise, accompanied by my Kindle (a great new addition to the pack, I must say).

The next morning was just as gorgeous – at least when viewed from below.

I packed up and hiked back to the pass, turning off at the Bandera Mountain trail to begin my ascent of a third peak in 24 hours. The trail is steep, breaking sharply from the gradual Ira Spring trail. It is easy to reach the forested false summit: the bigger challenge (usually undertaken only by shameless peakbaggers like me) is to bushwhack the rest of the way to the true summit (only ~100 feet higher).

I followed faint trails, cairns, and terrain to find my way to a boulder field with a few hundred yards left to go.

The summit itself is actually nicely free of trees, in contrast to the false summit. The smoke from Eastern Washington wildfires obscured what would have been an excellent panorama.

After an uneventful trip down, I was able to mark off another three peaks in less than a day. The highlight by far, though, was the outstanding campsite at Mason Lake. I’ll definitely be returning there when I need some solitude.

One thought on “Mason Lakes Triple”